Sam Phillips, Elvis and the invention of rock ’n’ roll

By Todd Leopold, CNN
Updated 12:10 PM EST, Wed November 18, 2015
Link Copied!
Ad Feedback
Sam Phillips, right, founded his Memphis Recording Service in 1950 and Sun Records three years later. He helped discover some of the most important talent in rock 'n' roll history, including Elvis Presley, here with Scotty Moore and Bill Black in 1954.
`/Glenn A.BakerArchives/Redferns/Getty Images
When Phillips first heard Howlin' Wolf, he said, "This is where the soul of man never dies." Wolf, born Chester Arthur Burnett, was recorded by Phillips in the early '50s. His records were released by Los Angeles' RPM Records and Chicago's Chess, and Wolf moved to Chicago in 1952. Today, he's best known for such songs as "Smokestack Lightning" and "Little Red Rooster."
Michael Ochs Archives/Getty Images
"Rocket 88," often credited as the first rock 'n' roll record, was recorded in 1951 by Ike Turner's Kings of Rhythm -- but it was singer Jackie Brenston, top left, who got the credit. The record, which Phillips leased to Chess, sold 100,000 copies, a huge number for an R&B record on an independent label.
Gilles Petard/Redferns/Getty Images
Riley "B.B." King was a Memphis DJ as well as a guitarist when he recorded for Phillips in the early '50s. His early songs with Phillips failed to click, but not long after he left, his "3 O'Clock Blues" made him a star.
Colin Escott/Michael Ochs Archives/Getty images
Phillips' most important find was Elvis Presley, who first wandered into the studio in 1953. The next year, Phillips started producing his sides, and such songs as "That's All Right," "Baby Let's Play House" and "Trying to Get to You" made him a star. Phillips sold Presley's contract to RCA in late 1955 for $35,000 -- considered an outrageous sum. The rest, however, is history. He poses here with reporter Leo Soroka, Phillips and reporter Robert Johnson in 1956.
Colin Escott/Michael Ochs Archives/Getty images
Another Phillips discovery, Carl Perkins, wrote and recorded the song "Blue Suede Shoes." When the song was released in early 1956, it topped the country, R&B and pop charts -- the first song with such crossover success, indicating that "rock 'n' roll" had broad appeal. Perkins stayed with Sun until 1958.
Michael Ochs Archives/Getty images
Johnny Cash was another of Phillips' leading talents. His first hit, "Cry! Cry! Cry!" established him, and then "Folsom Prison Blues" and "I Walk the Line," from 1955 and 1956, made him a star. Cash also left Sun in 1958, embarking on a long career on Columbia.
Michael Ochs Archives/Getty Images
Roy Orbison had one notable hit on Sun -- 1957's "Ooby Dooby" -- but his style and the label's clashed. His biggest hits came on Monument in the early '60s. Still, he spoke well of Phillips.
Michael Ochs Archives/Getty Images
Jerry Lee Lewis started out with a series of smashes on Sun, including "Whole Lotta Shakin' Goin' On" and "Great Balls of Fire," before his career was damaged by scandal when he told the press he had married his 13-year-old cousin. Phillips still stood by him and thought him the Sun musician with the most raw talent.
Michael Ochs Archives/Getty Images
Billy Lee Riley's first Sun hit, 1957's "Flyin' Saucers Rock 'n' Roll" was typical of his hard-driving rockabilly style. His follow-up, "Red Hot," has been covered many times but didn't get a big push from Sun; Phillips put the publicity behind Lewis' records. Still, as Bob Dylan noted in 2015, "He was a true original. He did it all: He played, he sang, he wrote."
Michael Ochs Archives/Getty Images
Charlie Rich, the "Silver Fox," was a session pianist for Sun and had some early hits with a subsidiary, Phillips International, including "Lonely Weekends" and "Who Will the Next Fool Be." His biggest hits came in the '70s: "Behind Closed Doors" and "The Most Beautiful Girl in the World." Ironically, he didn't play his distinctive piano on either.
Michael Ochs Archives/Getty Images

Through his studio and Sun Records label, Phillips fostered careers of many pioneers

A phone going off in the middle of a recording session? No matter; that’s a take. Carl Perkins telling Phillips that he missed some notes? Too bad: It had the best feel. A damaged speaker cone making the guitar sound distorted? Exactly the sound he’s looking for.

As long as the feel was right, Phillips wanted it: “perfect imperfection,” he called it.

“In many ways, (to Phillips,) a flawless record was a record without soul,” said Peter Guralnick, author of the new Phillips biography, “Sam Phillips: The Man Who Invented Rock ‘n’ Roll.”

His instincts served him well. That last example, for instance, became the hit “Rocket 88,” often touted as the first rock ‘n’ roll record.

And that was, literally, just the beginning. As demonstrated in Guralnick’s biography, Phillips’ discoveries reshaped the boundaries of popular music: Perkins, Johnny Cash, Howlin’ Wolf, Jerry Lee Lewis, Charlie Rich and the king of them all, Elvis Presley.

In establishing Sun Records and the Memphis Recording Service (“We record anything – anywhere – anytime,” noted the sign), Phillips gave musical opportunities to African-Americans who had generally been ignored by mainstream recording companies, as well as rural whites whose raw sound wasn’t accepted by the big labels.

“He believed in the democratic dream. That was his deepest-rooted belief,” said Guralnick, author of highly regarded Elvis Presley and Sam Cooke biographies.

Phillips’ roster shows just how innovative, wide-ranging and sympathetic he was:

Chester Arthur Burnett, better known as Howlin’ Wolf, was already in his early 40s when Phillips first heard him. Phillips was smitten immediately.

“THIS IS WHAT I’M LOOKING FOR,” he said, capital letters and all, according to Guralnick’s biography.

With Phillips, Wolf recorded songs that became blues standards, including “How Many More Years” and “Moanin’ at Midnight,” which were released on Chicago’s Chess Records. Before long, Wolf himself decamped for Chicago, where – thanks to songs such as “Killing Floor” and “Smokestack Lightning” – he became a cornerstone of Chicago blues along with Muddy Waters and Willie Dixon. 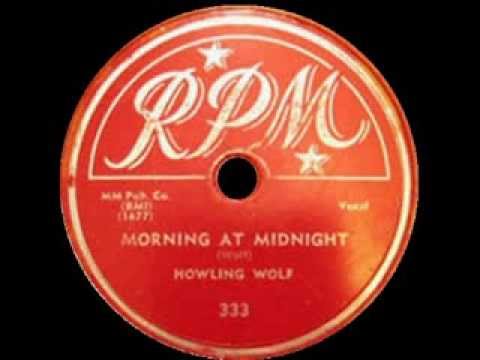 “Wolf was the living embodiment of everything (Phillips) ever thought to achieve in music,” Guralnick said. “Wolf represented a raw power and a deep-seated soulfulness and communication of emotion that, from Sam’s point of view, could never be surpassed.”

Jerry Lee Lewis, the wild-child pianist from Ferriday, Louisiana, could be a handful, but Phillips pushed him to create some monumental performances, including “Whole Lotta Shakin’ Goin’ On” and “Great Balls of Fire.”

Phillips was also loyal, standing behind Lewis when the musician’s career suddenly ran off the rails. Lewis sparked a media frenzy in 1958 when he revealed to the English press that he’d just married his 13-year-old cousin, Myra.

“He had told Jerry Lee not to take Myra to England,” Guralnick said. “But Jerry Lee is a person not prone to taking advice.”

Nevertheless, Phillips backed Lewis, writing an apologetic letter in his name, making a comedy record to poke fun at the scandal (it tanked) and bucking up the pianist when he got down.

Phillips believed that “Jerry Lee Lewis was the most purely talented” musician he had, says Guralnick.

By now, the legend of Elvis Presley has overtaken the man. But what sometimes gets lost is the patience Phillips had with the singer who would become “the King.”

“It all had to do with feel, and he had the patience to wait for it, to happen. That’s what happened with Elvis’ first session,” Guralnick said.

Elvis at 80: The King still rules

Presley had been singing for hours before he stumbled on “That’s All Right,” quickly joined by guitarist Scotty Moore and bassist Bill Black.

“When Elvis started playing ‘That’s All Right,’ all of a sudden (Phillips) recognized what he was looking for without having any idea what it is or how it would manifest itself,” Guralnick said. The song became Presley’s first hit. 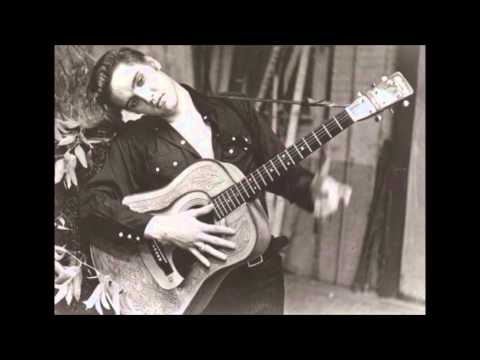 Phillips also sold Presley’s contract to RCA – for a then-sensational $35,000 – not because he had lost faith in the singer but because he was going broke in the pay-now, collect-later music industry. And he sent a note of encouragement to RCA’s Steve Sholes when Elvis’ early studio sessions for the label fell flat.

“I told him, ‘Just keep it as simple as possible,’ ” he told Guralnick.

That kind of energy was typical of Phillips, who would have been an unusual figure at any time, though particularly in 1950s Memphis.

In the Jim Crow South, he refused to discriminate. He was an upstanding businessman in a business where chicanery could be second nature. He established an all-female radio station, WHER, and though the idea could be gimmicky, Phillips gave his employees opportunities others wouldn’t have tried.

He was not a perfect man, of course. He openly womanized. He struggled with mental illness, undergoing electroshock therapy twice before he was 30. And though he remained successful with record labels (including one for Holiday Inn) and radio stations, he never had the same focus he did in the early days.

Still, his legacy has long been assured. Even if Phillips didn’t “invent” the rough-hewn offspring of country, blues and R&B, he certainly made the most of it.

“People have embraced the music for 65 years, and they’ve embraced the people who made the music. But they don’t necessarily know where the music came from, or that it came from this little storefront studio, or that it was energized by this driving vision by a man who was original in his own way as any of the American folk heroes,” Guralnick said. “Sam Phillips’ vision was no less than any of highly original artists.”