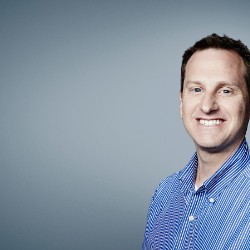 Baltimore has marked a grim milestone.

The city has seen 303 homicides this year, more than in any year since 1999, said Jarron Jackson of the Baltimore Police Department.

In just the last few days, detectives in Baltimore have investigated six homicides, including five on Saturday, according to police figures.

“This challenging moment shall pass if we reject blame and embrace the hope, dreams, and promise of a great American city,” Baltimore Police Commissioner Kevin Davis said in a statement.

“Baltimore will win again, 2015 will not define us, and the nation will once again see our City for the determination that has long defined us.”

The increase in homicides mirrors what has happened in other cities, such as Houston and Milwaukee, which also reported an increase in the number of homicides this year, though criminologists have cautioned that it’s hard to draw firm conclusions about whether homicides and other violent crime are rising nationwide.

Is a new crime wave on the horizon?

“It’s a little bit like the stock market. These statistics go up and down,” Harold Pollack, co-director of the University of Chicago Crime Lab, said this year. “It’s like asking why did the stock market go up 75 points today.”

The killings have exasperated many in Baltimore, where police leaders have asked for more federal resources – prosecutors and law enforcement officers.

“We don’t think it is at all unreasonable to start asking questions about leadership in a city that, over the last month, was less safe by some measures than it has been at any point in recorded history,” a Baltimore Sun editorial said this year.