Social media pushing to get Eagles of Death Metal to No. 1

Facebook campaign: Buy or stream Eagles of Death Metal's version of "Save a Prayer"

The page was started by fans as "a statement of peace, love, and support"

Eagles of Death Metal may be topping the charts if social media has its way.

The name of a Facebook page dedicated to that goal says it all: “Eagles of Death Metal for No. 1.” There’s also an equivalent Twitter page.

The UK-based fan group is urging people to buy or stream Eagles of Death Metal’s cover of Duran Duran’s “Save a Prayer.”

The group covered the 1982 song on its album “Zipper Down” and even dueted with Duran Duran for a performance on the UK show “TFI Friday.” 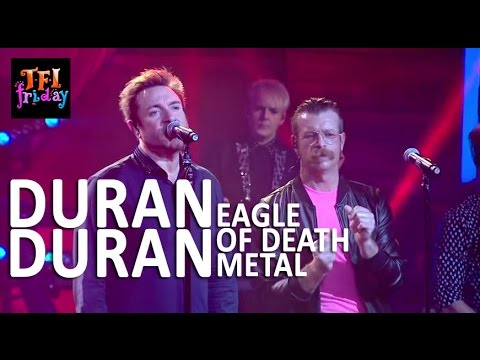 The band was performing at Paris’ Bataclan theater on Friday night when the venue was attacked by terrorists. A total of 89 people were killed there, and several were injured, according to Paris prosecutor Francois Molins.

Members of the band escaped, but merchandise seller Nick Alexander was among those killed.

According to a FAQ on the page, the idea is the brainchild of “a few fans of EoDM and rock music from Essex & Hertfordshire that are regular gig-goers who could’ve all easily been at the Bataclan that evening and thought this might be a nice idea.”

The page sponsors added that they’re not trying to raise funds for anybody. “It’s a statement of peace, love, and support, that’s all,” they wrote.

Members of EoDM are not involved, according to the sponsors.

As of Monday morning, the song was in iTunes UK’s top 50 and at No. 1 on its rock chart.