Program note: Explore drug use at the massive EDM festival “Mysteryland” on the next episode of “This is Life with Lisa Ling,” Wednesday, November 4, at 9 p.m. ET/PT on CNN TV. The opinions expressed in this commentary are solely hers.

Those who knew me in the ’90s during my party days are often able to do a particular impression of me while at a rave. It goes something like this: massive, ear-to-ear grin, teeth gleaming and eyes that read total bliss.

It was the look of someone really high.

Firstly though, I must mention that since the age of 16, I have always had serious jobs. I started working in television at a very young age and juggled multiple internships at different media outlets every summer while in high school.

During college, I worked as a reporter for a show seen in schools across the country that sent me to cover war zones and complex global issues around the world.

I worked so hard that I was able to put myself through three years at a private university without any financial help.

Lisa Ling and Anderson Reminisce About Channel One 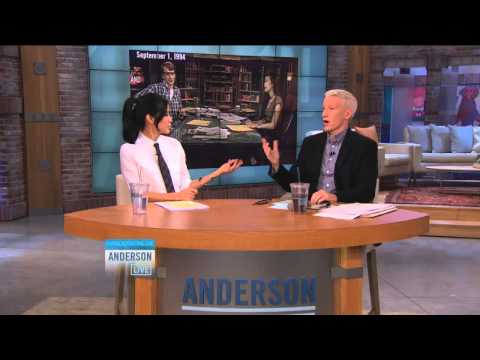 But even the most ambitious among us need some kind of recreational outlet.

I was never a big drinker and pot has always made me paranoid. It certainly wasn’t that I needed to consume illicit substances to feel a release, but the first time I attended a rave in the early ’90s, the weights I carried on my shoulders started to dissipate with ease.

Those events were hardly the massive EDM (electronic dance music) festivals of today. In fact, they were totally underground.

Back then, phone numbers were acquired the day of the event that, when called, provided a location. Revelers showed up at the first location only to receive an address to a second location – typically, a large warehouse somewhere in the respective city.

Once inside, pulsating music filled the room, often with surreal, holographic images projected onto the walls. Attendees dressed in outlandish costumes, and whistles, glow sticks, gum and pacifiers were key staples of the soirees.

The latter two items came in handy for the grinding of the teeth that would inevitably happen when people were “rolling” on Ecstasy, the tablet form of a synthetic psychoactive drug called MDMA. At the time, raves and Ecstasy went hand in hand.

9 things everyone should know about the drug Molly

The first time I was offered “E,” or Ecstasy, I was assured by close friends who had previously taken it that it was not addictive. None of those friends were regular consumers of illegal narcotics and in fact, were all very responsible people.

There was a reason why they called it “Ecstasy.”

When the drug kicked in, an incomparable feeling of joy overwhelmed my senses. Worries fluttered away and euphoria filled my soul and my heart. The intense beats of the electronic music penetrated every part of my body.

When I was dancing, I felt devoid of any self-consciousness – yet, I was equally content when I was sitting down vigorously rubbing a friend’s arm. A simple touch or the caressing of a body part was utterly blissful. But the E wasn’t always as it was sold.

I would by no means characterize myself as a regular consumer of Ecstasy, but I had certainly done it more than once. Over the years, I had tried sensational Ecstasy, but I’d also had really bad product that made me paranoid and very depressed – this likely was a doctored version of what I thought was pure E, a regular occurrence that my seasoned, responsible friends neglected to tell me about.

When I think back on how haphazardly we popped what we thought were Ecstasy tablets, I cannot help but feel a little embarrassed. Especially now, after reporting on the deaths that have occurred at electronic music events, I shudder at the thought of my negligence.

Some of the young people I met at a recent Mysteryland festival for the upcoming episode of my CNN show, “This is Life,” told me that drugs like Ecstasy are an integral part of experiencing these music festivals. “It takes all the best elements and it makes them that much sweeter,” explained “Odin,” who’s been to several EDM concerts.

EDM fan: 'You feel like a kid at recess'

For most people, MDMA is far less dangerous that the majority of Schedule I drugs (drugs that are banned by the federal government because they are considered to have no therapeutic value). Problems arise when people overconsume the drug, don’t take into consideration whether something has been altered with other substances, or when they have pre-existing heart issues.

The big music festivals of today have medical units for emergencies, which can include accidental overdoses or other issues – even though under federal legislation passed in 2003, event promoters are hamstrung from being able to fully treat drug-related emergencies so as to not acknowledge and condone illegal drugs at EDM events.

So while they can’t do a lot, they can do something. However, tragically, deaths still happen. What young people need to be aware of when they decide to take Molly or Ecstasy is that there are risks just like there were when I carelessly took it.

I was young, but I had no excuse not to know.

“This is Life with Lisa Ling” airs Wednesdays at 9 p.m.