Hillary Clinton's campaign spent $3.4 million on media in the third quarter, according to FEC reports

Bernie Sanders released the first TV ad buy of his presidential campaign on Sunday, going on air in Iowa and New Hampshire with a biography spot that casts the senator as an “honest leader” who has long stood on principle, not politics.

Sanders’ campaign will spend more than $2 million on the ad over the next 10 days, according to Michael Briggs, the campaign’s spokesman. The large buy comes months after Hillary Clinton’s presidential campaign went on air in the key early nominating states.

“Thousands of Americans have come out to see Bernie speak and we’ve seen a great response to his message,” said Jeff Weaver, the campaign’s manager. “This ad marks the next phase of this campaign. We’re bringing that message directly to the voters of Iowa and New Hampshire.”

The mainly biographical ad looks to introduce Sanders to voters. 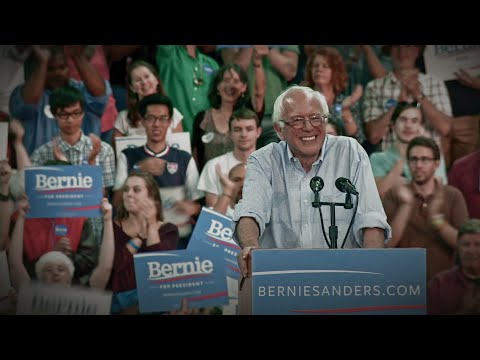 “He went to public schools then college where the work of his life began, fighting injustice and inequality, speaking truth to power,” a voice over says as pictures hit on how Sanders participated in the March on Washington in 1963. “He moved to Vermont, won election and praise as one of America’s best mayors.”

“In Congress, he stood up for working families and for principle, opposing the Iraq War, supporting veterans. Now he is taking on Wall Street and a corrupt political system,” the voice over says.

Sen. Bernie Sanders, I-Vt., speaks as he kicks off his 2020 presidential campaign at Navy Pier in Chicago, Sunday, March 3, 2019. Over the next several weeks, Sanders will travel to Iowa, New Hampshire, South Carolina, Nevada, and California. He will then return to Burlington, Vt., for the official launch of his campaign. (AP Photo/Nam Y. Huh)
Nam Y. Huh/AP
gallery

The ad buy is a significant step for a campaign that started with a shoestring budget, though now the democratic socialist has a strong fundraising operation.

After the first Democratic debate in October, where Clinton was overwhelmingly viewed as the winner, Sanders’ aides argued that her jump in the polls was more about her constant stream of ads in Iowa and New Hampshire, not her debate performance. That spurred the Sanders’ campaign, however, to get on air quickly.

Sanders does not speak directly the the camera in the ad, but a quote from his stump speech – “People are sick and tired of establishment politics and they want real change” – is featured in the one-minute long spot.

To date, Clinton has released at least a dozen ads in the early nominating states. In the third fundraiser quarter Clinton’s campaign spent $3.4 million on media, according to its filing with the Federal Election Commission.