By Ed Payne, CNN
Updated 7:52 AM EDT, Fri October 30, 2015
Link Copied!
Tillman the English bulldog gets in some practice as he skateboards in Central Park in April 2010.
TIMOTHY A. CLARY/AFP/Getty Images
CNN  —

Tillman was a dog’s dog. A master of the boards. A hound about town.

“I’m sorry to announce the world lost a true legend,” Ron Davis said Wednesday. “My best bud Tillman passed away last night, of natural causes. We spent 10 years making so many incredible memories skating, surfing and hanging out together. No words can truly describe how much he’ll be missed. Thanks for all the good times, Tilly.”

Tillman rose to Internet glory in 2007 when a video showing him skateboarding went viral. The YouTube video is approaching 22 million views.

While he first wowed the world with his skateboarding prowess, he soon proved he also could handle the snow and surf.

Tillman could shred on the mountainside too. 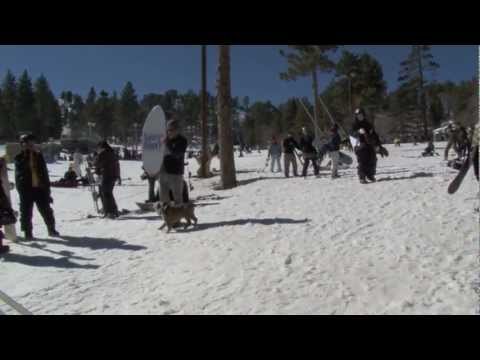 The condolences poured into Tillman’s Facebook page. More than 10,000 people posted comments about his passing.

“Oh no not Tillman. So sorry for his passing over the Rainbow Bridge,” said Trudi Free. “My love and condolences to his family and friends. We’ll miss you little Buddy.”

From Devyn Schneider: “You will be missed Tillman! Run free and surf and skateboard and everything without getting tired!”

And one more from Nadine Singel.

“Oh, no… Tillman, you were and are my inspiration. I’m sure the Rainbow Bridge has an amazing skate park.”