‘Back to the Future II’ may hit ultimate prediction: Cubs title

The Cubs still have a way to go for championship

Yes, the Cubs have won a playoff series. Yes, “Back to the Future Part II” predicted that the Cubs would be the 2015 World Champions.

However, you wouldn’t know about those hurdles from that premature excitement machine called the Internet – the same machine that loves the idea of “Snakes on a Plane” until it’s actually released or goes gaga over Google Glass until actually having to, you know, buy it.

REMINDER: 'Back to the Future II' predicted the @Cubs would win the 2015 #WorldSeries. #FlyTheW pic.twitter.com/JoGwJalp0S

Back to the Future said Cubs would win in 2015! Just sayin. Now if I cud get a hoverboard for getting into my deer stand, that'd be awesome!

Cubs eliminating the Cards, never thought that could happen. Freaking Back to the future 2.

Even astronomer Neil deGrasse Tyson, that exemplar of science and logic, has gotten into the game.

CALLING ALL GEEKS: Must root for @Cubs — to fulfill their Prophesy in "Back the Future II" pic.twitter.com/OPDCb6JTuq

“CALLING ALL GEEKS,” he exhorted in capital letters on Twitter. “Must root for @Cubs — to fulfill their Prophesy in ‘Back the Future II.’ “

OK, it would be nice, especially if you’re a long-suffering Cubs fan. And given that the Cubs haven’t won a World Series since the Ottoman Empire existed, you have been long-suffering indeed.

But keep in mind that movies about the future don’t always get their predictions correct. Manhattan Island didn’t become a maximum-security prison by 1997, as seen in 1981’s “Escape from New York,” and you won’t find a Pan Am gate, Howard Johnson’s hotel or the old Bell System on that nicely furnished space station we were supposed to get, according to 1968’s “2001: A Space Odyssey.”

And it can safely be said that former teachers’ union President Albert Shanker did not get ahold of a nuclear warhead and blow up the world, as was claimed in Woody Allen’s 1973 film “Sleeper.” 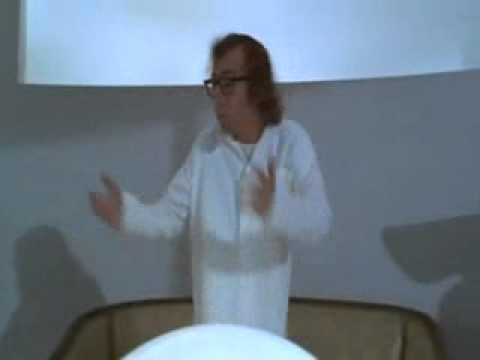 Still, one can always dream, right? Futuristic movies, such as “Back to the Future Part II,” have predicted other things, including the iPad (“2001”), driverless cars (“Minority Report”) and the awakening of our computer overlords to take over the world (the “Terminator” series).