Odom, a former NBA player, became more famous after his marriage to Kardashian

She has said she still cares for him

Lamar Odom may be a famous basketball player, but in recent years, his headlines have had more to do with another type of fame.

Odom, who was found unconscious at a brothel in Nevada on Tuesday, is just as well-known – if not more so – for his marriage to reality star Khloe Kardashian and their now-defunct TV series, “Khloe & Lamar.”

Theirs was a whirlwind romance; the couple wed in 2009, a month after meeting. Khloe was already appearing in her family’s hit show, “Keeping Up With the Kardashians,” and Kim Kardashian said her sister had found true love.

Five days after they announced their engagement, the couple was wed in a ceremony that was filmed for an E! special.

The quick courtship was a surprise for fans and for Liza Morales, Odom’s former longtime girlfriend and the mother of his three children.

Morales told The Daily Beast in 2013 that she didn’t think she would ever “forget the tight knot I felt in the pit of my stomach the morning I received the text message with three simple words on the screen. It read ‘I’m getting married,’ and it was from the man I’d spent more than 10 years of my life with.”

“Years that included us getting engaged in 2000 and becoming parents to one daughter and two sons,” Morales said. “Yet not long after our separation, Lamar Odom was getting married to Khloe Kardashian, a woman he’d met four weeks before. How could the man who’d constantly given me reason after reason for why we couldn’t get married just yet now be ready to tie the knot so quickly?”

The Kardashians seemed to quickly embrace Odom, who won two NBA championships as a forward for the Los Angeles Lakers. Family members were often photographed courtside at his games, and fans were treated to the loving relationship between Odom and Kardashian on their reality series.

In 2013, Odom was arrested on misdemeanor charges of DUI and refusing to take a chemical sobriety test. He checked into a rehab facility days later, and E! reported that he checked himself out within a day.

Almost a month later, Kardashian filed for divorce, and their reality show was shelved. They settled their divorce in July.

But despite their issues, Kardashian has said she still cares a great deal for her ex, and he continued to be part of her reality world – albeit from a distance.

A recent episode of “Keeping Up With the Kardashians” depicted Khloe disagreeing with Kim when she questioned Khloe’s desire to check in with Odom to see how he was doing.

“Lamar and I loved each other deeply, and I don’t believe in just acting like that relationship never existed,” Khloe said on the show. “Things happened, but that doesn’t just stop me from caring about him or loving him.”

The series also featured Odom’s emotional call to his ex-wife in the wake of the death of his best friend, Jamie Sangouthai. 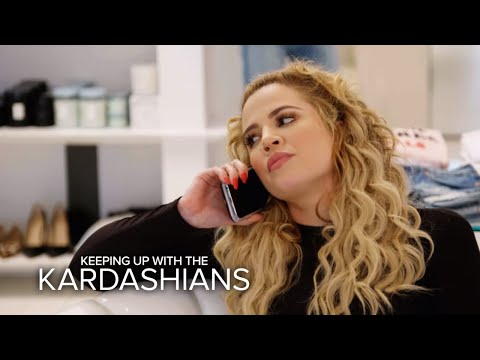 “I’m really on high alert for Lamar, because anything will set him to spiral, and that’s kind of the last thing I want for him,” Kardashian said.

In a Complex magazine cover story, Kardashian said she misses her ex “every day.”

“Lamar is genuinely one of the best people I’ve ever met, and everyone says that when they meet him,” she said. “I think Lamar’s going to always be that person (for me), but that’s what made it so special.”