By Lee Smith, CNN
Updated 9:15 AM EDT, Thu October 1, 2015
Link Copied!
Ad Feedback
Rock Hudson became the first well-known public figure to die of AIDS-related causes 30 years ago on October 2, 1985. His gaunt appearance shocked fans that summer when he reunited with former co-star Doris Day to promote a TV series on pets that she was launching. Less than a week later, Hudson, 59, collapsed in Paris while desperately trying to get medical treatment. The world soon learned his secret -- that he was gravely ill with the deadly disease and also gay.
CHRIS HUNTER/AP
The future superstar cuddles with his Aunt Evelyn in 1927. He was born Roy Harold Scherer Jr. on November 17, 1925, in Winnetka, Illinois, north of Chicago. His father deserted the family in the early '30s, and the boy became known as Roy Fitzgerald when his stepfather adopted him. After a stint in the Navy in World War II, the young man headed to California with dreams of becoming an actor. But first he needed a movie star name -- his agent came up with Rock Hudson.
Mondadori/Getty Images
Shortly before becoming a major star, Hudson made a less than convincing Native American in "Taza, Son of Cochise" (1954), donning a black wig and wearing dark makeup. The brazen miscasting in this Western was typical of many of his early mediocre movies, which relied heavily on his strapping 6-foot-4 physique. Shirtless photos of Hudson dominated fan magazines in the early '50s -- so much so that he became known as "the Baron of Beefcake."
Moviepix/Getty Images
"Magnificent Obsession" (1954) offered Hudson a star-making part opposite Jane Wyman after more than 20 films while under contract to Universal Pictures. He played a reckless playboy whose selfish ways contribute to the death of Wyman's husband and then to her blindness before he eventually redeems himself as a surgeon who heals her. Female moviegoers swooned at the new matinee idol in this improbable romantic melodrama directed by Douglas Sirk.
Moviepix/Getty Images
The actor married his agent's secretary, Phyllis Gates, in 1955. Gates had moved in with the star a year earlier. "For Rock, living with Phyllis helped to normalize his reputation in Hollywood. People would say behind his back, with a wink, 'Did you hear -- Rock Hudson's got a lady living with him,'" according to "Rock Hudson: His Story," an authorized biography by Sara Davidson published after his death. The marriage lasted less than three years.
Moviepix/Getty Images
Hudson scored his only Oscar nomination as Bick Benedict in the 1956 epic "Giant," with Elizabeth Taylor as his wife and James Dean, right, as his rival. He played a stubborn cattle rancher battling change in oil-rich Texas in the George Stevens film based on Edna Ferber's novel. Taylor, a good friend, later became a passionate AIDS activist. A year after "Giant," Hudson topped the list of box-office stars in America. He continued to appear in the Top 10 through 1964.
API/Gamma-Rapho/Gamma-Rapho via Getty Images
A split screen, a shared party line and a little sexual innuendo in "Pillow Talk" (1959) helped establish one of the screen's great romantic teams -- Doris Day and Rock Hudson. The actor initially was reluctant to tackle a comedy role, especially opposite the more experienced Day. But the fellow Midwesterners clicked -- they teasingly dubbed each other "Eunice" and "Ernie." The stars reteamed for "Lover Come Back" (1961) and "Send Me No Flowers" (1964).
ullstein bild/Getty Images
"Seconds" (1966) proved to be a radical departure from the romantic comedies Hudson was churning out. In the film, a middle-aged banker undergoes plastic surgery and gets "reborn" looking like Rock Hudson. The star had great hopes the arty sci-fi film by director John Frankenheimer ("The Manchurian Candidate") would establish him as a serious actor. But the audience at the Cannes Film Festival booed "Seconds," and its box-office failure seriously harmed his career.
Moviepix/Getty Images
"Ice Station Zebra" (1968) helped slow the decline of Hudson's movie career. He played the Navy commander of a nuclear submarine headed to the North Pole to rescue an endangered scientific weather station. Slammed by critics, the Cold War-era adventure flick nevertheless was reportedly one of the star's favorites. And reclusive billionaire Howard Hughes also apparently was fond of "Ice Station Zebra." Ernest Borgnine, far left, co-starred as a Russian defector!
Moviepix/Getty Images
With his movie career waning by the '70s, the actor turned to television, teaming with Susan Saint James in "McMillan & Wife," a comedy mystery series about a police commissioner and his wife in the vein of "The Thin Man." Accustomed to the more leisurely pace of shooting in films, Hudson disliked doing episodic TV, but the popular series ran from 1971 to 1977. He later tried another series, "The Devlin Connection," but it was quickly canceled in 1982.
Moviepix/Getty Images
Hudson's haggard appearance as a guest star on the nighttime soap "Dynasty" in 1984 fueled rumors about his health. After the revelation he had AIDS, the tabloids had a field day with sensational coverage suggesting he had put Linda Evans at risk in scenes in which they kissed. The public knew little then about the spread of HIV. Ex-lover Marc Christian would receive a multimillion-dollar settlement from the late actor's estate, alleging Hudson had endangered him.
ABC Photo Archives/Getty Images
One-time Hollywood colleagues, President Ronald Reagan and first lady Nancy Reagan invited Hudson to a White House state dinner in May 1984. Hudson found out he had AIDS a month later, a diagnosis he kept secret from all but a few friends for more than a year. Ronald Reagan, who called Hudson while he was hospitalized, didn't refer to AIDS publicly until shortly before the star's death in 1985; he didn't give a formal speech on the health crisis until May 1987.
Everett Collection

It promised to be a quiet afternoon of old friends reminiscing.

Rock Hudson and Doris Day, the screen team of late ’50s-early ‘60s comedies, were reuniting to publicize a TV series on pets for the Christian Broadcasting Network. Day, a staunch animal rights advocate, had come out of retirement as the program’s host, and her favorite co-star had promised to be her first guest.

Hudson ran late for the July 15, 1985, press conference, but he shocked Day and reporters when he finally appeared. The once handsome movie star looked ravaged – he was scarily thin, moved slowly and acted much older than his 59 years.

Less than a week later, the actor collapsed in a hotel lobby in Paris, where he’d gone to make a desperate last bid for medical treatment. Images of the ailing Hudson with the bubbly, still vibrant Day soon ricocheted around the world once the public learned the symbol of ’50s manhood had contracted acquired immune deficiency syndrome, or AIDS, which media reports said was “most prevalent among homosexual men and intravenous drug users.” A spokeswoman for the star confirmed his illness that July 25. 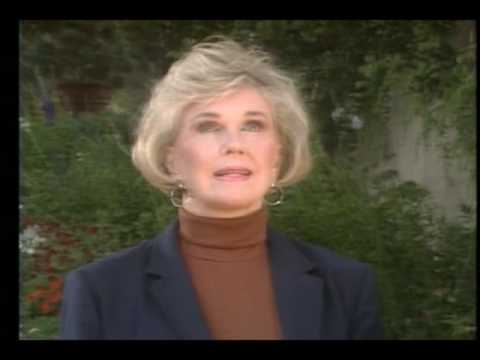 “There was something about Hudson’s diagnosis that seemed to strike an archetypal chord in the American consciousness. For decades, Hudson had been among the handful of screen actors who personified wholesome American masculinity; now, in one stroke, he was revealed as both gay and suffering from the affliction of pariahs,” the late Randy Shilts wrote in his best-selling chronicle of the crisis, “And the Band Played On.”

“Doctors involved in AIDS research called the Hudson announcement the single most important event in the history of the epidemic, and few knowledgeable people argued.”

What to know about HIV/AIDS

U.S. press coverage of the epidemic tripled once the news broke, according to the 1989 book “Covering the Plague: AIDS and the American Media.”

By the time “Doris Day’s Best Friends” aired that fall, Hudson was dead, becoming the first major celebrity casualty of AIDS-related causes on October 2, 1985. Thirty years later, his death remains a crucial moment in the epidemic – and its impact a key part of his legacy.

Opinion: We’re at a turning point on HIV/AIDS