Soup for Syria: A recipe to help refugees 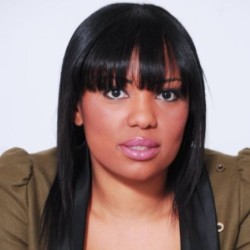 Lebanon has been overwhelmed with 1.1 million Syrian refugees

It was a cold winter night. Barbara Abdeni Massaad sat shivering in her apartment in Beirut, Lebanon. She turned on her heater to warm up but still had no relief from the frigid weather.

“That night, I couldn’t sleep thinking about refugee families in the Bekaa sleeping in their tents,” she said.

“How were they able to beat the winter cold?”

Massaad became so concerned about the conditions in refugee camps, she couldn’t sleep a wink.

“I couldn’t go on with my life and ignore theirs,” she said.

That Sunday during Mass, she chatted with a friend from the United Nations. That friend told her about a camp in Zahle, Lebanon.

“I went to visit the refugee camp, not really knowing what to expect,” said Massaad. “I felt the urgency from the moment I set foot in the refugee camp and witnessed their suffering with my own eyes.”

“My visit brought me closer to the problem and inspired me to find a way to ease someone’s pain,” she said.

As a cookbook writer, photographer and president of Slow Food Beirut, it came natural to Massaad to use food to as a way to make an impact. She and a friend banded together and began making homemade soup for the Hamra refugees.

PHOTO: Courtesy Barbara Massaad
Barbara Massaad poses with a refugee child at the Zahle Lebanon. Her experience at the camp inspired her to create the humanitarian cookbook "Soup for Syria."
Related Gallery Soup for Syria: Cook up a recipe for refugee relief

“I started taking photos of the refugees and talking to them about food,” she said. After a few weeks, she decided to do a humanitarian cookbook as a way to help Syrian refugees. It was then that “Soup for Syria: Recipes to Celebrate our Shared Humanity” was born.

Massaad began to reach out to her foodie community, which included fellow writers and acclaimed chefs she’d worked with in the past. Most of them were glad to join in her efforts.

She held soup workshops and had volunteers come to her home to cook hundreds of soups. She tested and photographed them.

In the fall of 2014, Massaad met with her U.S. publisher, Michel Moushabeck of Interlink Books, who immediately decided this cookbook needed to be taken to a global level. “The Interlink team did not treat the book as only a book project,” said Massaad, “but as an initiative that could help create an international movement to help Syrian refugees.”

A total of 80 contributions in all were made to the book, including from Joe Barza, Sally Butcher and Yotam Ottolenghi. CNN’s own Anthony Bourdain also contributed. In a contributor’s statement, he said that soup “is elemental, and it always makes sense, even when the world around us fails to.”

Although many of those featured in the recipes are celebrity chefs, Massaad made sure to include others.

“I also wanted to include a selection of recipes from friends, relatives, Facebook pals who helped a great deal in the project,” she said.

100% of U.S. sales of “Soup for Syria” will go to the United Nations High Commissioner for Refugees for food relief for refugees.

“When I write books, I always focus on the people behind the food, and this time it so happens that those people are refugees,” said Massaad.

“I would always tell the refugees, ‘Had I been a barber, I would have cut your hair for free. I am not a barber, but a photographer and food writer, so I will take photos and write about food to help your cause and send a message to the world,’ ” she added.

“Each kind gesture towards another in need is a step forward for humanity. Use what you know best to help others.”