Kelly Gissendaner recruited her boyfriend to kill her husband in 1997

Those who know Gissendaner say she has been transformed

Kayla Gissendaner was only 7 when her father was stabbed in the neck and back. She lost her best friend when he died, and as she grew up she grasped the shocking reality of her family: Her mother had arranged the gruesome murder.

Consumed with anger, Kayla stopped visiting her mom, Kelly Gissendaner, in prison. It crushed her to know that her own mother had taken away the father she adored.

But as time went by she yearned for answers. Six years ago, she finally sat down with her mother. It was the first time they talked about the murder. Those difficult conversations at a Georgia correctional facility began a healing process.

Now, 18 years after Douglas Gissendaner died, so, too, will Kelly Gissendaner, the first woman to be executed in Georgia in the last 70 years. And Kayla will be left without either parent.

On Monday, a judge denied a motion to stay the execution of Gissendaner. Thomas Thrash, chief judge of the Northern District of Georgia, also denied a restraining order to stop the execution. Gissendaner’s attorney said she will appeal to the 11th Circuit.

However, the Georgia Board of Pardons and Paroles announced Monday that it will meet at 11 a.m. Tuesday, hours before Gissendaner’s execution time, to review a request to reconsider its previous decision to deny clemency. The board has several choices: It could let stand its February 26 decision, issue a stay of up to 90 days to further consider the case, or grant clemency and commute the sentence to life with or without the possibility of parole.

A Message from the Children of Kelly and Doug Gissendaner 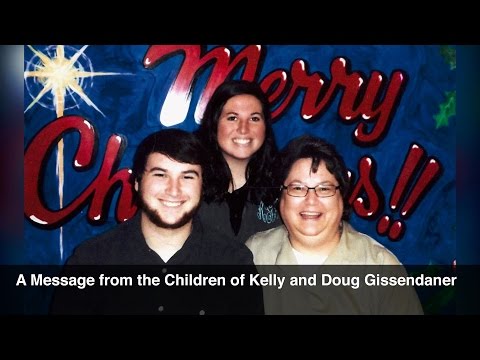 Kelly Gissendaner, 47, was sentenced to death for the 1997 crime in which she recruited her lover, Gregory Owen, to kill her husband. Her execution is scheduled for 7 p.m. Tuesday. She’s requested a last meal of cheese dip and chips, Texas fajita nachos and a diet frosted lemonade.

“The nature of the crime justified the state seeking the ultimate penalty. The jury agreed with that,” said Danny Porter, the district attorney in Georgia’s Gwinnett County. “In the years that have intervened, we have had no reason to change our position about that.”

Gissendaner came close to execution twice this year. The first time, it was postponed because of a winter storm; the second time it was called off because of controversy surrounding the lethal drug cocktail used by the state.

Lethal injection at the Supreme Court in two minutes

Many feel Gissendaner has lived long enough; that she needs to pay for her heinous deeds. They include Douglas Gissendaner’s parents and siblings who said they have been seeking justice for the last 18 years. In a statement issued Monday, they asked that the focus be on him, not the woman who took away his life.

“As the murderer, she’s been given more rights and opportunity over the last 18 years than she ever afforded to Doug who, again, is the victim here,” the statement said. “She had no mercy, gave him no rights, no choices, nor the opportunity to live his life. His life was not hers to take.”

But Kelly Gissendaner’s children have been pleading for her life.

“My dad would not want my mom to be executed, even knowing her role in his murder,” Kayla Gissendaner said in a statement. “He would not want us to endure another devastating loss.”

Those who have known Kelly Gissendaner in the 18 years since the murder say she has been transformed.

Why experts say there is no ‘humane’ execution

A second lawsuit filed on behalf of Gissendaner argues that her behavior in prison was paramount to her clemency proceedings, but that members of the pardons board never heard from any prison employees. The suit alleges Gissendaner was deprived of due process after the warden at Lee Arrendale Prison, Kathleen Kennedy, distributed a memo instructing her staff at the facility nearly 75 miles northeast of Atlanta not to speak to “anyone” about Gissendaner.

The clemency case is pending before the U.S. Supreme Court.

Certainly, many inmates on death rows across the nation have expressed deep remorse and begged for forgiveness. Many have found God.

By her own admission, Kelly Gissendaner entered a jail cell as a selfish, angry and violent person. But she began to study the Bible and eventually earned a degree in theology. Over the years, she has helped minister to her prison mates.

Pope Francis and the death penalty

One of them was Kara Stephens, who spent 10 years behind bars for armed robbery. Stephens’ children were 2 and 7 when she was convicted. She said she knew she had to stay strong for them. Gissendaner, she said, showed her the way.

“Kelly told me God loved me,” said Stephens, who started the Struggle Sisters, a network of formerly incarcerated women. “Kelly taught me to hope.”

“I know a lot of people who deserve to die,” said Stephens, who is not anti-death penalty. “But there is no way Kelly is the same person she was back then.”

Stephens and the Struggle Sisters have been advocating on Gissendaner’s behalf. Their main concern are her children.

“They are the ultimate victims in this,” Stephens said.

‘She is doing so much good there’

Faith leaders have also launched a campaign to have Gissendaner’s death sentence commuted to life without parole because they believe she is, in the words of the Apostle Paul, “a new creation.” They include Gissendaner’s former professor, Jennifer McBride, and German theologian Jürgen Moltmann, renowned for his work on the theology of hope.

An unlikely friendship blossoms between a killer and a scholar

“If we care about the prison system being a place of rehabilitation, then she is a success case,” said McBride, who teaches religion at Wartburg College in Iowa. “Kelly has had really a complete transformation. There is clear evidence of that in the reconciliation with her children and the day-in and day-out of how she treats prison staff and her fellow inmates.

“We are not asking for her to get out of prison,” McBride said. “We are asking for her sentence to be life in prison without parole. That’s what she wants. She wants to stay in prison. She is doing so much good there.”

Over the weekend, a retired Georgia Supreme Court chief justice said he was wrong to join in a ruling many years ago that upheld Gissendaner’s death sentence.

“As part of that opinion, we concluded that her sentence was proportionate to her role in the crime. I was wrong,” said Norman Fletcher, who has since his days on the court concluded that the death penalty is “not an appropriate form of punishment.”

“She serves as a shining example of her faith, which is the product of her own remorse and devotion, and also a testament to the tremendous success of the reforms we have made in our prison system,” Fletcher said.

Last March, when Gissendaner came within hours of execution, she recorded a brief statement for her daughter and sons.

“I just want to tell my kids that I love them, and I am proud of them,” she said. “And no matter what happens love does beat out hate.”

At trial, Gissendaner’s boyfriend testified against her as part of a plea bargain that got him a life sentence instead of death. Prosecutors argued that the two plotted the murder so Gissendaner could profit from a pair of $10,000 life insurance policies and an $84,000 house she shared with her husband.

Douglas Gissendaner was 30 when he was killed.

“He was my primary caregiver, and he always made sure that my brothers and I came first,” said Kayla Gissendaner in her statement. “He made sure we knew what it meant to be unconditionally loved. The night my father was murdered the world was changed.”

She said her mother struggled to come to terms with her horrific crime. To forgive her mother, she said, was the best way to honor her father.