Vanessa Williams and the declining scandal of nude photos

Williams resigned as the first African-American Miss America amid scandal

Now, some celebrities use nude photos to help their careers

When nude photos of a celebrity surface nowadays, it’s often rumored that the star may have “leaked” them.

That was far from the case in 1984, when Vanessa Williams resigned as Miss America after Penthouse magazine published nude photos of her that had been taken before her 10-month reign.

On Sunday night, at this year’s contest, Miss America CEO Sam Haskell took the stage with Williams to offer her a public apology.

“Though none of us currently in the organization were involved then, on behalf of today’s organization, I want to apologize to you and to your mother, Miss Helen Williams,” Haskell said as he hugged a tearful Williams. “I want to apologize for anything that was said or done that made you feel any less than the Miss America you are and the Miss America you always will be.” 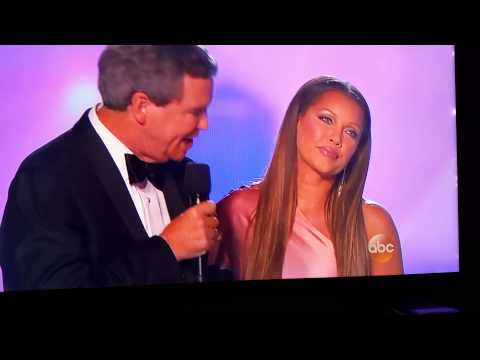 Williams, who had been Miss New York, made history as the first African-American Miss America. She stood on the brink of obscurity after the scandal but battled back to have a successful career in music and television.

In today’s society, nudity is much more common for celebrities and is often celebrated. From Kim Kardashian’s “breaking the Internet” in 2014 with her nude photo spread in Paper magazine to Sharon Stone’s more recent baring it all in Harper’s Bazaar, there seems to be hardly anyone left who hasn’t stripped down.

Some argue that Kardashian wouldn’t even be famous were it not for her appearance in a sex tape, and most actors barely blink an eye at doing nude scenes in movies or in magazines.

Relationship expert Kimberly Moffit told Fox that baring it all can have a positive effect.

“Some psychological benefits of posing nude can include a feeling of empowerment, increased confidence and body image, and an overall feeling of pride,” she said. “Women, like Sharon Stone, may pose nude to feel empowered and in control of their bodies, especially if they are proud of the way it looks or confident in who they are as a person. Some women take pride in demonstrating to other women that all body types are beautiful and that beauty can take form in many ways.”

Those who follow Justin Bieber on Instagram were recently treated to a shot of a totally nude Biebs from the back. Comic and late-night talk show host Chelsea Handler has posted topless photos of herself on the social media site to draw attention to its double standard of showing shirtless men but not women.

Sometimes, the release of such photos is not intentional.

In 2014, actress Jennifer Lawrence and model-actress Kate Upton were just two of the celebs who found private images of themselves released on the Internet after a hack of their iCloud accounts.

And it’s not just stars who are taking and sharing such images. John Suler, a member of the editorial board for the journal Cyberpsychology, Behavior and Social Networking, told the New York Daily News that nude photo taking is often the next level in selfie culture.

“If you’re taking selfies on a regular basis, that is going to get boring,” Suler said. “So it becomes more risque, and that eventually leads to nude photos.”

For her part, Williams told “Good Morning America” host Robin Roberts that “it’s a new day” at the Miss America organization that invited her to be head judge for this year’s competition.

Williams, who took a four-year hiatus following her controversy, said she is baffled that now celebs use such situations to make headlines and their career.

“That’s crazy, to think that you can look at a scandal and think that that would be good for your career, where for me, it took every ounce of credibility that I had … and wiped it out,” she said.