Gary Richrath, the REO Speedwagon guitarist, wrote "Take It on the Run"

"He taught me a lot of what I know about being in a rock band," said singer Kevin Cronin

Gary Richrath, the REO Speedwagon guitarist who wrote some of the band’s biggest hits, including “Take It on the Run” and “In Your Letter,” died Sunday, according to a post by REO lead singer Kevin Cronin.

“My longtime friend and collaborator Gary Richrath passed away earlier today,” Cronin wrote on the band’s official Facebook page. “Gary was both a unique guitarist and songwriter, and the embodiment of the tough guy with a heart of gold. I learned most of what I know about being in a rock band from Gary Richrath.”

The message was cross-posted on REO’s official Twitter account and confirmed by the band’s representative, Erik Stein.

Richrath was 65. The cause of death was not given.

Richrath joined REO Speedwagon, which formed in the late ’60s, in time for its 1971 debut album. Though the band didn’t break through to radio until the late ‘70s, its constant touring earned it a solid core of fans, particularly in the group’s native Midwest. (The group’s manager then was Irving Azoff, who would later take on the Eagles and become a concert and label mogul.)

RIP original @kcreospeedwagon guitarist Gary Richrath who passed away at the age of 65. Very underrated player & some great rock songs.

By the late ’70s, singles such as “Ridin’ the Storm Out” and “Time for Me to Fly” – many written by Cronin – started making the charts, preparing the band for its 1981 blockbuster, “Hi Infidelity.” That album sold more than 9 million copies, according to Allmusic.com, and the band became an arena-filling headline attraction.

With Richrath, the band had two No. 1 singles – “Keep on Lovin’ You” and “Can’t Fight This Feeling” – and 11 other Top Forty hits.

REO Speedwagon - Take It On The Run (Live) 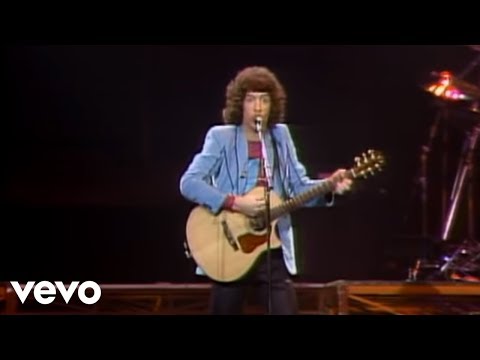 “He taught me a lot of what I know about being in a rock band, because I was a folk singer up until then. But Gary Richrath, he was a real rock star, man. He would stand up there with his guitar slung low and just rock,” Cronin said.

Richrath left REO Speedwagon in 1989 amid some acrimony, but he rejoined the band for a 2013 benefit concert in Bloomington, Illinois, for tornado victims.