Social media in Thailand lit up Monday morning as commuters posted photos and videos of a mystery fireball that briefly illuminated the Thai capital’s sky.

The fireball was seen from various locations throughout the city during the morning rush hour. The object briefly flared up before dying out, streaking toward Earth. 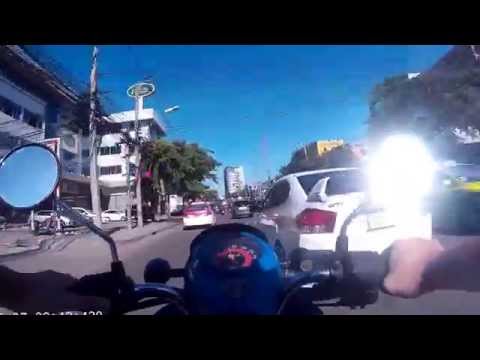 Dashcam footage from across the city was uploaded to social media, some clearly showing the path of the object as it burns up in the clear blue morning sky.

Expert: Object most likely an asteroid

“There is a high possibility that the object spotted this morning… on social media, is an object from outer space,” Saran Poshyachinda, Deputy Director of National Astronomical Research Institute of Thailand, told CNN.

He said that he believed it was extraterrestrial, as a satellite would have been traveling on a west-east axis, whereas the object traveled in the opposite direction before bursting into flames.

“It looks like an asteroid traveling to Earth and grazing through the air and it turned into a fireball.”

From the video and photographic evidence, he said, he estimated the object burned up about 100 kilometers (62 miles) above the ground.

“It might not weigh that much, I think about a few kilograms.”

So far it appears to be an isolated incident, he added, although he said there was insufficient evidence to say definitively what the object was.

The Bangkok Post quotes an official at the Bangkok Planetarium, who suggests it could have been a burning balloon.

The report also examines the possibility that it could have been space junk burning up on re-entry – citing the Satview website, which notes that an object from orbit was due to burn through Earth’s atmosphere at around that time.

The flash in the sky was also seen from Kanchanaburi province to the west of the capital.

The province’s deputy governor told the Bangkok paper that it was unlikely that it was a downed aircraft – there were no reports of any helicopter or other aircraft crashes in the province.

More than meets the eye?

As speculation grew as to the provenance of the mystery fireball, Twitter was quick to provide its own theories.

Unconfirmed photo of the meteorite that hit #Thailand this morning tweeted by @tri26: pic.twitter.com/OAPITDt3gS