Celebrities battle it out over fat-shaming 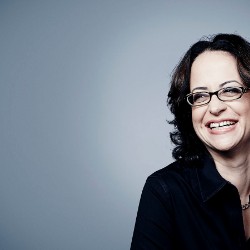 Who’s winning the battle over fat-shaming?

Comedian Nicole Arbour claims that her “Dear Fat People” video, in which she railed against the role she says overweight people play in America’s obesity crisis, got her YouTube channel temporarily shut down.

“Fat-shaming is not a thing,” Arbour said. “Fat people made that up.”

“There’s a race card,” she said. “There’s a disability card. There’s even a gay card, because gay people are discriminated against, wrongfully so. The gay card is covered in glitter.”

It was all a mistake, according to a YouTube spokesperson.

While some Arbour critics claimed she shut the channel down herself to get publicity, she always said that wasn’t true. “THEY shut me down,” she told CNN.

She was right. A YouTube spokesperson said the company mistakenly suspended the channel on Sunday afternoon and moved “quickly” to reinstate it.

By Monday morning, the channel was back up.

In her six-minute rant exhorting overweight people to lose weight, Arbour acknowledged (loudly) that some people might have health issues that contribute to their weight but complained about sitting next to them on airplanes.

“If we offend you so much that you lose weight, I’m OK with that,” Arbour said. “I’ll sleep at night.”

Arbour’s video attracted a half-million views before she said her entire YouTube channel was temporarily shut down on Sunday afternoon. Arbour, who said Sunday that she received an email from Google, You Tube’s owner, warning her about violating its terms, claimed to be “the first comedian in the history of @YouTube to be #censored.”

We literally broke the Internet... With comedy. #censorship pic.twitter.com/m3wgf24Xtb

Earlier, Arbour shut down the comments on her YouTube video, tweeting that it doesn’t mean she’s scared. “It means that I don’t give a f**k what u have 2 say.”

“My Big Fat Fabulous Life” star Whitney Way Thore, whose show returns to TLC on Wednesday, took the opportunity to respond to Arbour via YouTube.

“Fat-shaming is a thing; it’s a really big thing, no pun intended,” Thore said in her video. “It is the really nasty spawn of a larger parent problem called body-shaming, which I’m fairly certain everyone on the planet, especially women, has experienced.

“The next time you see a fat person, you don’t know whether that person has a medical condition that caused them to gain weight,” said Thore, who attributed her weight gain to a condition called polycystic ovarian syndrome. “You don’t know their mother just died. You don’t know if they’re depressed or suicidal or if they just lost 100 pounds. You don’t know.”

As of Monday morning, Thore had more than 1,200 comments on her YouTube page.

Fat shaming doesn't save lives, it kills them.

Fat-shaming has taken on a whole new life online. But women and men alike are using social media to call out people who harass people because of their weight.

London blogger Michelle Thomas wrote about a date she met through Tinder who said he didn’t fancy her because she’s not skinny enough:

“I really enjoyed your company and actually adore you,” he wrote. “You’re cheeky and funny and just the sort of girl I would love to go out with if only my body and mind would let me,” he wrote. “But my mind gets turned on (by) someone slimmer.”

In her response, she told him it worked, at first.

“After a few hours in my company, you took the time to write this utterly uncalled-for message,” she wrote. “It’s nothing short of sadistic. Your tone is saccharine and condescending, but the forensic detail in which you express your disgust at my body is truly grotesque. The only possible objective for writing it is to wound me.”

It’s not all women getting shamed, either.

Briton Sean O’Brien was dancing at a concert when he spotted people laughing at him; he stopped dancing. The shamers also posted photos of him online.

People who were offended by the shaming tracked him down and raised thousands of dollars to host a dance party for him in Los Angeles, DJed by Moby.

The evidence is mounting that fat-shaming doesn’t work. People who have experienced discrimination on the basis of weight are more likely to gain weight, according to a study published in the journal Obesity.