The band responded by blasting "Never Gonna Give You Up"

Foo Fighters won the Internet over the weekend.

The group turned the tables on Westboro Baptist Church members protesting outside the Sprint Center in Kansas City, Missouri, on Friday before the Foos’ concert.

Lead singer Dave Grohl and the gang showed up in a pickup and “Rickrolled” the protestors in person by blasting the Rick Astley ’80s hit “Never Gonna Give You Up” from the speakers while holding signs that said “You got Rick roll’d (again)” and “Keep it clean.” 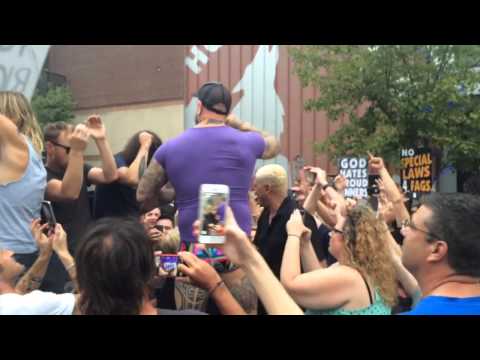 The Topeka, Kansas, church is known for protesting funerals and other notable events, its members holding signs with inflammatory inscriptions such as “God hates fags.”

The Foo Fighters’ actions were met with cheers online, with many applauding the group for turning the tables on the protesters.

It’s not the first time the group has counterprotested the church. Grohl serenaded them in 2011 outside the same venue. 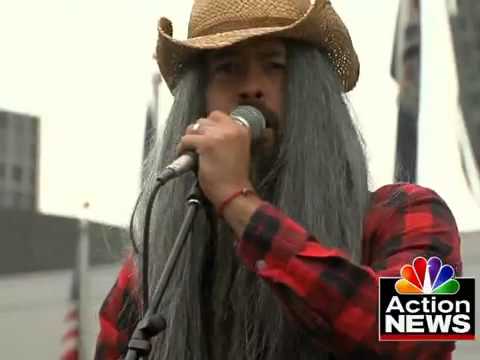 This time around, it seemed like Westboro had a sense of humor about the incident. A Twitter account linked to the church posted, “Did @FooFighters just #rickroll us? Oh well!”