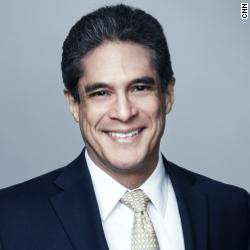 He says immigrants aren't coming to the U.S. to have babies but to work

Editor’s Note: Raul A. Reyes is an attorney and member of the USA Today board of contributors. Follow him on Twitter @RaulAReyes. The opinions expressed in this commentary are solely those of the author.

Open mouth, insert foot. On Thursday, Jeb Bush stepped into controversy when he used the loaded term “anchor babies” to refer to the U.S.-born children of undocumented immigrants. In a testy exchange with reporters in New Hampshire, Bush said that he doesn’t believe the expression is offensive and blamed Democrats for perpetuating the notion that it is an insult. “Do you have a better term?” he asked one reporter. “You give me a better term and I’ll use it.”

Despite his family ties to the Latino community, Bush is off base. The term “anchor baby” is a disgusting slur. It is inaccurate as well as offensive. It is dehumanizing to Latinos, immigrants and children who are as American as you and me.

The idea of an “anchor baby” is centered, in part, on the assumption that having an American-born child can protect undocumented people from deportation. The child, this line of thought goes, “anchors” a family in the United States and allows them to gain citizenship.

In fact, having a citizen child is no protection from possible deportation. In the first six months of 2011, for example, parents with U.S.-citizen children constituted 22% of deportees. Between 2010 and 2012, the United States deported nearly 205,000 parents of citizen kids. And in 2013, more than 72,000 were deported, according to The Huffington Post. (President Barack Obama’s executive action plan, which is tied up in the courts, would grant temporary deportation relief to parents of children who meet certain requirements.)

Another false notion surrounding “anchor babies” is that people from foreign countries are rushing here to have children. While there has been a phenomenon known as “birth tourism” among Asian mothers who temporarily relocate to the United States to have a child, their numbers are statistically small. The Centers for Disease Control and Prevention estimates that 7,955 children were born to foreign residents in 2012. Meanwhile research has shown that the overwhelming majority of undocumented immigrants come to the United States to work.

So while the ideas behind “anchor babies” are a myth, the sting of this term is real. Calling someone an “anchor baby” strips away their humanity and judges them based on a perception of their parents’ immigration status. The American Heritage Dictionary rightfully defines “anchor baby” as a pejorative term. Ironically, Bush has been a member of an advocacy group that has discouraged use of the term.

The Washington Post reports that the Hispanic Leadership Network, whose website still lists Bush as an advisory member, in 2013 issued a memo warning Republican lawmakers to avoid terms such as “illegals,” “aliens” – and “anchor babies.”

If Bush wants a better term for children born here to undocumented parents, how about calling them what they are? They are U.S. citizens. According to the Pew Research Center, in 2012, there were 4.5 million U.S.-born children younger than 18 living with at least one undocumented parent. When Bush and other Republican lawmakers disparage “anchor babies,” they are disparaging fellow citizens, and that is unacceptable. It also goes against American values of fairness and equality.

What is sad here is that Bush, along with the rest of the 2016 Republican presidential candidates, is being dragged down by the ongoing dominance of Donald Trump in the polls. Consider that Bush is far more moderate than The Donald on immigration matters. Unlike Trump, Bush does not want to end birthright citizenship, which is guaranteed under the 14th Amendment to the Constitution as well as more than a century of settled Supreme Court law.

In contrast to Trump’s endorsement of mass deportations, Bush favors a path to legal status for the undocumented. Yet perhaps Bush felt he had to ramp up his rhetoric to be heard among all the media focus on Trump’s campaign spectacle. If so, he only brought himself down to Trump’s level.

True, illegal immigration remains a contentious issue among the conservative base. But scapegoating American children is no substitute for thoughtful policy solutions. Bush is actually echoing Trump’s ugly messaging about Latinos and immigrants by using such hurtful language. In an election cycle where Republicans will need to get a higher share of the Latino vote than in years past to win the White House, this could well be Bush’s “self-deportation” moment – recalling the comment by Mitt Romney during the GOP primaries that Latino voters remembered during the 2012 general election.

In the midst of an ongoing debate over immigration, divisive rhetoric solves nothing. Sorry Jeb, but absolutely no good is served by using the term “anchor babies.”