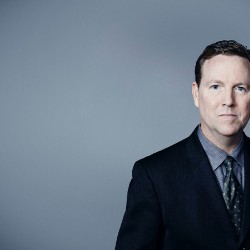 Does melting snow on the roof of buildings signify a major increase in North Korea’s uranium enrichment activities?

The security analysis firm IHS believes it probably does, highlighting satellite imagery of the country’s main nuclear complex in a new report.

The analysts say they think North’s Korea’s Yongbyon nuclear center now has a second hall housing a large number of active centrifuges, a type of device used for uranium enrichment.

It may seem like a leap to get from melting snow to complex machinery, but North Korea watchers often have to resort to such clues to try to glean insights into the regime’s secretive nuclear program.

“What we suggest is that North Korea has just begun to double its centrifuge enrichment capability,” said Karl Dewey, the proliferation editor at IHS Jane’s Intelligence Review, which produced the report.

The centrifuges could be working toward the production of civilian nuclear energy, the report notes, but they could also be used to enrich uranium for nuclear bombs.

Nuclear arsenal believed to be growing

Kim Jong Un’s regime could already have 10 to 15 nuclear weapons at this point, according to David Albright, a former U.N. weapons inspector who now heads the non-profit Institute for Science and International Security.

In a recent report, Albright predicted that Pyongyang could increase its stockpile to anywhere between 20 and roughly 100 nuclear weapons by 2020.

The expanding nuclear arsenal poses a serious challenge for the United States.

Washington has said Pyongyang needs to commit to denuclearization as a condition of any future negotiations, but Kim Jong Un’s regime has repeatedly dismissed such an idea, demanding to be recognized as a nuclear power.

The IHS report is the latest suggestion that North Korea is pressing ahead with its nuclear and missile programs.

In November 2010, North Korea revealed a hall at Yongbyon that it said contained around 2,000 centrifuges to visiting U.S. scientists. The centrifuges appeared to be configured for nuclear power production but could easily be converted to produce bomb fuel, according to one of the scientists, Stanford University professor Siegfried Hecker.

The IHS analysts say a new building with similar dimensions went up in 2013 next to the centrifuge hall that the U.S. scientists visited.

“It’s very likely that that building also has centrifuges inside,” Dewey told CNN.

Satellite images from late 2014 and early 2015 show progressive snow melting on the roof of the newer building and near vents connected to it, indicating heat-generating activity inside, the IHS report says.

Based on the images, the analysts say they think that the second hall probably became operational by early February and would now have been running for about six months.

American and South Korean officials declined to comment on the specifics of the IHS report’s assertions.

A second hall of centrifuges would be “in keeping with North Korea’s continued intransigence on this issue,” Mark Toner, a State Department spokesman, said Tuesday.

U.S. Director of National Intelligence James Clapper had said in February that North Korea was believed to have expanded its Yongbyon enrichment facility.

The IHS report comes amid a recent increase in tensions across the demilitarized zone, the heavily fortified border that separates North and South Korea.

South Korea says the North’s military breached the terms of the armistice by planting landmines in the zone that wounded two South Korean soldiers.

Seoul has vowed a “harsh” response to the mines and resumed the use of huge loudspeakers to broadcast propaganda messages over the border for the first time in more than a decade.