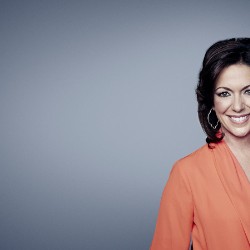 NEW: A judge agrees to consider Zach Anderson's request to be resentenced

NEW: Anderson was convicted after having sex with a girl who lied about her age

A 19-year-old Indiana man convicted of a sex offense after a teenaged girl lied about her age on a hookup app may get a new sentence.

The judge in the case, Dennis Wiley, did not make a decision Wednesday, but he agreed to consider Zach Anderson’s request to be resentenced, meaning that Anderson could potentially be taken off the sex offender registry.

Anderson met the girl on the dating app “Hot Or Not.” The 14-year-old girl lied about her age, claiming she was 17, which made having sex with her a crime. She lived in southern Michigan, close to Anderson’s parents’ home in Elkhart, Indiana.

Anderson was given a 90-day jail sentence, five years probation and placed on both Indiana’s and Michigan’s sex offender registry for the next 25 years – the same registry as child rapists, pedophiles and predators.

Anderson and his lawyer, Scott Grabel, had asked a court in Niles, Michigan, to vacate Anderson’s sentence, alleging that prosecutors broke the plea agreement, the defense attorney said.

Grabel, who accuses the prosecution of not staying neutral during the sentencing of Anderson as required under the agreement, described the judge’s decision Wednesday as a “significant step.” Wiley is expected to make a further ruling in about a week.

“In the long run, I’m confident we’re gonna get this thing fixed,” the attorney told CNN.

Both the girl’s mother and the girl herself had earlier appeared in court, to say they didn’t believe Anderson belonged on the sex offender registry.

The girl admitted lying and outside of court, she handed the Anderson family a letter. She wrote in part, “I’m sorry I didn’t tell you my age. It kills me every day, knowing you are going through hell and I’m not. I want to be in trouble and not you.”

But even if the sex was consensual and even if the girl did lie about her age, it is not a defense under current sex offender laws.

“Our goal is to get this case resentenced in front of a different judge, because the law mandates if the prosecutor violates their plea agreement, then it should be sent to a different judge for possible resentencing, or if we want to withdraw the plea and go to retrial that may be an option, as well,” Grabel told CNN before the court action Wednesday.

Anderson’s attorney is also striving to get the entire case dismissed.

“I don’t certainly speak for the public in general, but the comments I’ve read nationally think that his whole life shouldn’t be ruined by his decision to go on a date and obviously have sexual relations with that person, especially when that person in all honesty misrepresented their true age,” Grabel said.

As a registered sex offender, Anderson can’t access the Internet, go to a mall or linger near a school or playground. His parents say because he has a 15-year-old brother, he can’t even live at home any longer.

Wiley earlier said he was angry that Anderson had used the Internet to meet a girl.

“That seems to be part of our culture now,” he said, according to a transcript. “Meet, have sex, hook up, sayonara. Totally inappropriate behavior. There is no excuse for this whatsoever.”

Anderson’s case has stirred much debate about the one-size-fits-all sex offender laws that treat all offenders the same whether they are serial child predators or teens who’ve had sex with a girlfriend.

His family has started a Facebook page, called “Justice 4 Zach,” and has been very vocal about what they call the injustice of the sex offender registry.

“He’s obviously not a sex offender,” Anderson’s father told CNN, “I mean when there’s a consensual act, to have one person labeled as the offender and the other person as a victim … It’s hard to swallow.”

A former judge in a nearby town said the sex offender registry has to be changed.

“If we caught every teenager that violated our current law,” said former Judge William Buhl, “we’d lock up 30 or 40% of the high school. We’re kidding ourselves.”

According to The National Center for Missing & Exploited Children, there are 850,000 people on the sex offender list and about a quarter of them were juveniles when they were sentenced, but the records are not broken down by the severity of the crimes they committed.