Kermit the Frog and Miss Piggy had been together 40 years

The two will still work together despite the breakup, they say

Gavin and Gwen. Reba and Narvel.

It’s been a rough week in Hollywood for couples, and no breakup has been more shocking than the split of the beloved Muppets, Kermit the Frog and Miss Piggy.

“After careful thought, thoughtful consideration and considerable squabbling, Miss Piggy made the difficult decision to terminate our romantic relationship,” the two said on their respective Facebook pages.

After careful thought, thoughtful consideration and considerable squabbling, Miss Piggy and I made the difficult...

“We will continue to work together on television (‘The Muppets’/Tuesdays 8pm this fall on ABC) and in all media now known or hereafter devised, in perpetuity, throughout the universe. However, our personal lives are now distinct and separate, and we will be seeing other people, pigs, frogs, et al. This is our only comment on this private matter,” the message continued. “Thank you for your understanding.”

The two have been a couple for almost 40 years, going back to the days of the syndicated “Muppet Show.” 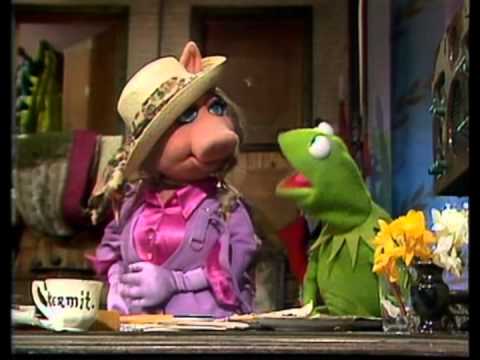 Indeed, what makes the split even more difficult is that the two are starring in a new series this fall, “The Muppets” on ABC. (Not that this breakup would have anything to do with publicizing the show, of course.)

“It’s not easy. It’s not as easy as being green, I’ll tell you that,” Kermit told The Guardian.

Neither could resist a poke at the other.

“We can be professionals. Well, one of us can. Me,” Kermit added.

“Dating moi is like flying close to the sun,” Miss Piggy said at the Television Critics Association gathering Tuesday. “It was inevitable that Kermit would drop down to the ground while I stayed in the heavens.”

Kermit has rebounded with a porcine ABC assistant, he said. As for Miss Piggy, she was fending off admirers – and suspicions – on Twitter.

.@Alancumming Oh, dear Alan... As much as moi loves a good publicity stunt, this is not one! Let your cute, single friends know, 'kay?

Well, at least this should make for good material for Fozzie Bear. Wocka wocka!