Natalia Molchanova's son: "It seems she'll stay in the sea. I think she would like that"

The world’s best freediver is feared dead after going missing during a recreational dive off the coast of Spain.

Natalia Molchanova, the most decorated freediver in the world with 41 world records and 23 world champion titles, was diving in the Balearic Sea, near to the Spanish island of Formentera on Sunday when she failed to surface.

Freediving is a form of underwater diving in which divers hold their breath instead of using a breathing apparatus such as scuba gear.

An August 4 joint statement from Molchanova’s family and AIDA International, the worldwide federation for breath-hold diving said: “Natalia Molchanova was recreationally freediving off the coast of Spain on August 2, 2015 when she was separated from her peers. She was diving without fins to around 30 to 40 meters (98 to 132 feet) and (supposedly) got into (a) strong underwater current.

“Search efforts have been ongoing during daylight hours and the next day since she was reported missing by three peers. She disappeared while diving approximately two miles (3.2 km) northwest of the port of La Savina at Poniente de es Freus.”

Opinion: For freedivers, the ocean can be unforgiving

Molchanova’s family and peers appear to have accepted that she is presumed dead. Her son, 28-year-old Alexey Molchanov, also a champion freediver with a total of 4 world records, told the New York Times: “It seems she’ll stay in the sea. I think she would like that.”

The world lost its greatest freediver on Sunday, and my friend Alexey lost his dear mother, teacher, and training... http://t.co/5jmgHCt3YU

The statement added: “The cause of Natalia’s disappearance is unknown, but she was doing what she loved. Natalia has a passion for freediving that burned so deep inside of her that she dedicated her life to it.”

Molchanova’s feats include holding her breath for nine minutes, and diving to a depth of 101 meters, or about 331 feet, using a fin.

Last September, Molchanova broke the world record for dynamic freediving, where a diver swims as many pool lengths as possible using one breath and a monofin, swimming 237 meters or about 778 feet. 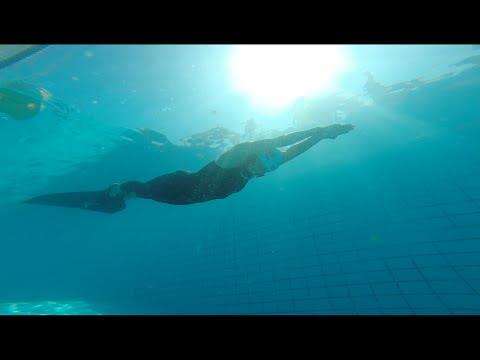