In an IJReview.com video published Monday, the Republican presidential candidate wraps an uncooked bacon strip around a machine gun, secures it with foil paper, and shoots a target using four magazines of 5.56 ammo, until the gun is so hot that the bacon is crispy and and browned.

In Texas, we cook bacon a little differently than most folks... https://t.co/PnjPe79qq2

“In Texas, we cook bacon a little differently than most folks,” Cruz tweeted Monday. 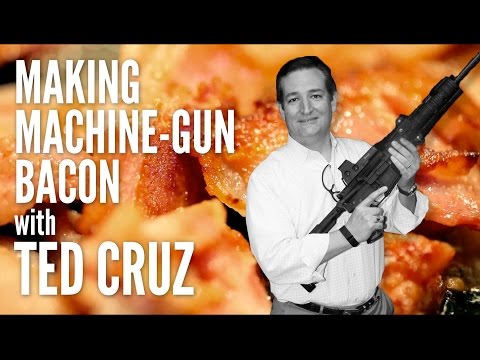 This is not the first video starring a 2016 candidate that IJReview.com has produced.

READ: After Trump gave out his number, Graham set a cell phone on fire