Strippers at LA strip club want to join actors' union
Americans are proving they know how to shop their way out of a crisis
Most electric cars are quiet. But Dodge says its future electric muscle car will be super loud
Something isn't loading properly. Please check back later.

Why women in tech came to a ‘Halt’

Educators are striving to get more girls to study computer science

Quick, name a couple of famous female coders in the vein of Mark Zuckerberg and Bill Gates. Nobody comes to mind, eh?

Nowadays, two of the best-known women in computer science might just be characters on a TV show.

On AMC’s 1980s-set drama “Halt and Catch Fire,” which is ending its second season on Sunday, friends Cameron and Donna run an upstart computer company called Mutiny. (They have a little something in common with female computing innovators Lore Harp and Carole Ealy.)

One might assume that in the early 1980s, women in computer science were a rarity, but that’s not true.

“In the ’80s, there were more women getting degrees in computer technology than there are now, which is mind-blowing,” Kerry Bishe (Donna) said on the set of the show, a house filled with old PCs, computer wires and vintage rock and movie posters.

“Doing a show like this, people come out of the woodwork. It’s more important now to show women in the culture, on a TV show, showing that these are options for good jobs.”

Indeed, a National Science Foundation study from 2014 shows a precipitous drop in women choosing to study computer science over the past 30 years. Nearly 40% of computer science majors in 1984 were female. Now, it’s 18%.

“However, colleges and universities are partnering with corporations to raise those numbers.”

But what caused the decrease in the first place?

Computer coding can be seen as abstract and boring and could use an image makeover. There’s also the notion that men tend to see computers as a “toy” and women see them as a “tool,” as researchers at the University of British Columbia found. Add to that the fact that mass marketing and encouragement of computer usage by men has been going on since the mid-1980s.

Plus there is the typical male-centric laboratory climate in which women might be seen as foreign or even receive open hostility.

“I found that according to Stanford University studies, women’s quit rate in technology exceeds that of other science and engineering fields – with a full 56% leaving their organizations at midlevel points in their careers,” Koebele said.

She points out that there are major efforts to try to bring these numbers up to the levels of decades ago. There are programs such as Bits and Bytes, which brings a couple dozen female high school students to the campus of the University of Maryland, Baltimore County, each year to shadow women in computer science programs. At the same time, colleges are making a concerted effort to target girls in middle and high school, sparking interest in math and science.

“Another example is Girls Go Techbridge, which partners with Girl Scout Councils to provide training, resources and support,” Koebele said.

Not to be outdone, the toy industry is marketing computer science and engineering playthings to girls; GoldieBlox and the new doll line MC2 are just a couple of examples.

Koebele has also seen an increase in scholarships for women wishing to pursue computer science.

So hope is out there that a show such as “Halt and Catch Fire,” retro as it may be, could resemble the future for women in computer science. 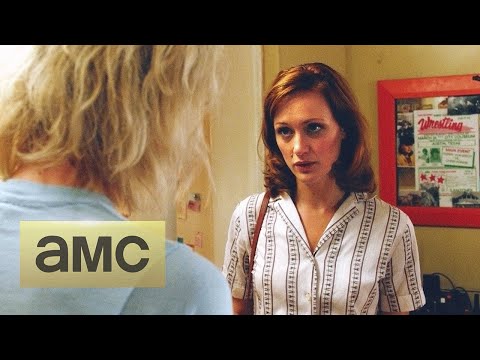