The FBI has seen a sharp rise in economic espionage cases aimed at U.S. companies, with a vast majority of the perpetrators originating from China with ties to the nation’s government, authorities said Thursday.

At a briefing at the FBI’s Washington headquarters, the head of the agency’s counterintelligence division, Randall Coleman, said the bureau has seen a 53% increase in economic espionage cases, or the theft of trade secrets leading to the loss of hundreds of billions of dollars, over the past year. He cited examples of large corporations successfully targeted in the past such as DuPont, Lockheed Martin and Valspar, who have since worked with the bureau to further safeguard their intellectual property.

To highlight this growing threat to the U.S. economy, the FBI has launched a nationwide campaign intended to warn industry leaders of the danger they face from foreign actors. But the FBI not only considers this a threat to American economic prosperity, but to its physical security as well.

“Economic security is national security,” said Bill Evanina, the head of the National Counterintelligence and Security Center and one of the agents leading the charge in stemming the threat to corporations. Many of the tools used are the same as the ones used to track terrorists, he said.

In a survey conducted by the FBI, half of the 165 private companies that participated have claimed to be victims of economic espionage or theft of trade secrets, and 95% of those attempts originated from individuals associated with the Chinese government.

One of the most concerning means of obtaining sensitive industry secrets is through the use of “insider threats,” or employees who are familiar with the inner workings of a particular technology being recruited by foreign agents in exchange for large amounts of cash.

“My company had first-hand experience dealing with an economic espionage case,” Andy Ubel, the chief intellectual property counsel of Valspar, said in an FBI-produced video entitled “The Company Man: Protecting America’s Secrets,” which aims to “raise awareness of the growing economic espionage threat,” the bureau says on its YouTube page. 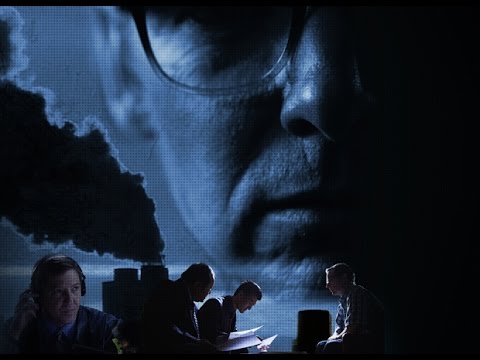 “One of our key employees, a lab director, quit one day, and wouldn’t tell us where he was going. And we only discovered later that he had downloaded a whole bunch of our data onto his own personal hard drive,” Ubel said.

The FBI continues to see spear phishing attempts, when an email or link appears legitimate but is in fact a bogus message intended on tricking recipients into offering up personal information. Social media and sites like LinkedIn are also being utilized in economic espionage where potential recruits can be found and contacted based on relevant knowledge and work experience.

There have also been recent cases of trade secret theft which included dumpster diving for intellectual property such as discarded prototypes. In one case, the FBI says Chinese nationals were caught digging in corn fields in Iowa in search of seeds developed by a U.S. company to be pest and drought resistant. While the theft of corn seeds may appear innocuous, in reality the company that developed them spent tens of millions of dollars on research to perfect the technology.

“The Chinese government plays a significant role” in economic espionage, Evanina said. “The playing field is not level” when a single company faced with relentless targeting by individuals or entities who have the backing of a foreign government, he said.

The aim of economic espionage is to save a company the capital it would typically spend on research and development by just copying the processes of proven methods of production. In one example, spies were targeting the manufacturers of sprinkler heads hoping to gain an edge in their market by stealing manufacturing techniques to make the company more efficient. Cases of theft include technological advances in paint, Kevlar, and seeds and grain, as well as traditional targets such as military telecommunications.

A banner for "The Interview"is posted outside Arclight Cinemas, Wednesday, Dec. 17, 2014, in the Hollywood section of Los Angeles. A U.S. official says North Korea perpetrated the unprecedented act of cyberwarfare against Sony Pictures that exposed tens of thousands of sensitive documents and escalated to threats of terrorist attacks that ultimately drove the studio to cancel all release plans for the film at the heart of the attack, "The Interview." (AP Photo/Damian Dovarganes)
Damian Dovarganes/AP
gallery

How the Sony hack unfolded

While many companies may be unaware they are the targets of economic espionage, the FBI is constantly seeking “referrals,” or reports of behavior consistent with the threat.

In one instance in 2010, what appeared to be a simple case of trespassing turned out to be two Chinese nationals acting on behalf of government entities who had broken into a facility late at night to take photos of the equipment after unsuccessful attempts at recruiting insiders who could provide them with vital information on the technology they were seeking. Once the FBI was made aware, a confidential source and employee of the company set up a meeting where they were arrested and eventually given lengthy jail sentences.