Bobby Jindal on theater shooting: ‘We will get through this’ 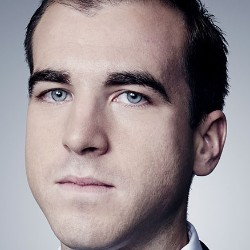 Louisiana Gov. Bobby Jindal spoke from just outside a Lafayette movie theater after a deadly shooting took place there Thursday, saying he was “horrified and shocked.”

“We will get through this,” Jindal said outside the theater, while investigators were still examining the crime scene. “This is a unified community.”

Jindal, who said he was in Baton Rouge about 45 minutes away when he was notified of the shooting, was flanked by local and state law enforcement at the 9:45 p.m. local time press conference.

Details were scarce following the incident, which took place at the Grand Theatre 16, as local law enforcement officials said at a briefing they were unsure of how many were wounded or if anyone, besides the shooter had been killed.

Vice president of the Acadian Ambulance Clay Henry told CNN’s Don Lemon on Thursday that at least nine people were wounded and brought into local hospitals. Henry said he was aware of two people who had died, one of which included the shooter.

Who was the shooter? Why did he do it? What comes next?

Shortly after 8 p.m. local time, Jindal, who announced that he was running for the Republican nomination for president last month, used his Twitter account to ask her followers for prayers for those involved in the incident.

Prayers for Lafayette at Grand Theater. Talking to state police colonel about shooting in Lafayette.

“I’m on my way to Lafayette right now. Please say a prayer for the victims at Grand Theatre and their families,” Jindal tweeted about an hour after the 911 call came in regarding the shooting.

I'm on my way to Lafayette right now. Please say a prayer for the victims at Grand Theatre and their families.

The shooting comes nearly three years after the deadly Aurora, Colorado shooting, that left 12 people dead at a movie theater in July.