Sexist ads in ‘The Seventies’

“The Seventies” airs at 9 p.m. ET/PT Thursdays on CNN.

A 1970s ad featured in Playboy magazine shows a beautiful, bare-breasted woman lying on the floor gazing at a man’s shoe. The slogan reads: “Keep her where she belongs …”

This ad for Weyenberg Massagic shoes was featured in Playboy magazine and reprinted in the "No Comment" section of Ms. magazine in December 1974.

It appeared several years after the first Virginia Slims cigarette ad in 1968 that showed a “newly liberated woman” with the slogan: “You’ve come a long way, baby.” But how far had we really come?

Sexist ads were widespread in the ’70s, at the same time feminists were championing the women’s liberation movement and lobbying for equal rights.

Jean Kilbourne, creator of the “Killing Us Softly: Advertising’s Image of Women” film series, was one of the first to draw attention to the negative depictions of women in advertising. She released her first film in 1979.

“[Ads in the 1970s] were very blatantly sexist,” Kilbourne said. “In those days, there was no consciousness about the fact that this might not be a good idea or that this might be offensive. So [advertisers] were able to get away with an ad for a feminine hygiene spray that said, ‘Feminine odor is everyone’s problem.’ Or a cigarette ad where a woman said, ‘My boyfriend told me he loved me for my mind. I was never so insulted in my life.’ Or an ad for a construction material, which showed a nude woman with a sort of large derriere and thighs, and the copy read, ‘She’s built like all our products … heavy where she has to take the strain.’”

This ad for Tipalet cigarettes was first issued in 1969 and continued to run in the 1970s. Sex was often used to sell cigarettes throughout the decade.

At the start of the decade, Kilbourne noticed advertisers portraying women in one of two ways: as sex objects or moronic housewives.

“We had the beautiful model who was selling everything, of course, but we also had what I called the ‘demented housewife pathologically obsessed with cleanliness.’ She was the one who was forever sterilizing her bathroom,” she said. “She didn’t seem to have any outside interest, so it was all about making her husband and kids happy by serving the right kind of cereal and then keeping the house clean and making the kitchen safe for surgery.”

The sex symbol stereotype portrayed an image of ideal beauty that was based on an unattainable flawlessness — an image that still exists in advertising, Kilbourne said.

“When you are surrounded by images of young, beautiful women and told that what is most important about women is how we look and that that’s where our value comes from, then really the only way to be considered valuable is to be beautiful. And that means in this culture to be young,” she said. “We’re steeped in these images, and we don’t see alternatives … therefore we learn to read women’s bodies in a certain way and read women’s faces in a certain way.”

In a 1970s ad for Love’s Baby Soft, a woman holds a lollipop to her lips with the tagline: “Because innocence is sexier than you think.”

The ad campaign for Love's Baby Soft in the 1970s encouraged women to be innocent and sexy at the same time.

Kilbourne addressed this ad in her 1979 film: “She’s dressed to look like a little girl but she’s a little girl with cleavage … the fact that she’s raising her skirt, that her legs are apart, that she’s sucking on a lollipop, all of this is designed to give a very strong sexual message at the same time that it denies it, which is exactly what the product is telling you to do, to be both innocent and sexy at the same time. Now this kind of thing is of course insulting to adult women. What they’re saying to us is don’t mature, don’t be grown up, don’t be adult. I think it’s also dangerous to little girls.” 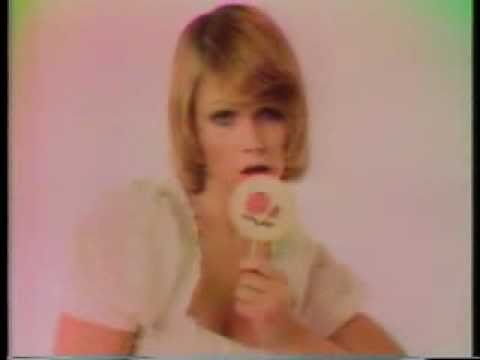 By the end of the decade, a new female stereotype had emerged: the superwoman. Jennifer Nelson, author of “Airbrushed Nation: The Lure & Loathing of Women’s Magazines,” said that now women were expected to do it all.

“On one hand, the woman was empowered … she was a briefcase-carrying worker outside the home. But then there was the superwoman complex that came along and meant that while she was doing all that, she was also raising kids, and she was also trying to please her man,” Nelson said. “It was like, OK women — you wanted it all so now you can work, you can raise kids, you can look sexy and make the money.” 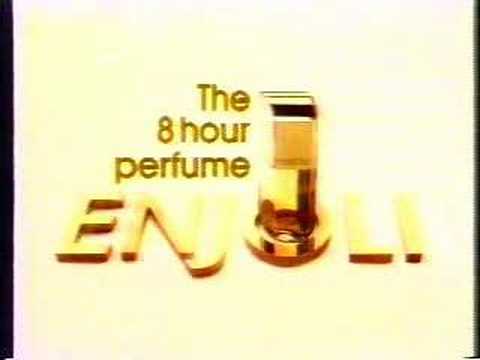 In the late ’70s, Enjoli perfume launched a TV ad campaign that became an iconic image of the superwoman, who could “bring home the bacon, fry it up in a pan and never let you forget you’re a man.”

“The whole idea was that you can go out and be successful but don’t forget to make your man happy. That’s the most important thing,” Kilbourne said.

The rise of feminism led to advertisers co-opting the language of the women’s movement and trivializing it, Kilbourne said. One of the most infamous examples is the Virginia Slims’ cigarette ad campaign “You’ve come a long way, baby” that began in 1968 and continued throughout the ’70s and ‘80s.

These ads equated women’s liberation with addiction, Kilbourne said. “Women who smoke like men, die like men,” she added.

Kilbourne said her biggest challenge in the late ’60s and ‘70s was getting people to take advertising seriously.

“When I was starting out, it took a while for me to convince even feminists that this was a serious issue, because feminists would say, ‘Look, we’re dealing with important issues like violence and equal pay, and we don’t have time to worry about the image of women in advertising.’ But my point was the image of women in advertising has an impact on all these things. The objectification of women leads to violence, and the stereotyping of women makes it less likely that women will get equal pay and decent jobs,” Kilbourne said.

Women in the movement did step up. Feminist and activist Gloria Steinem co-founded Ms. magazine in the early ’70s, which featured a “No Comment” section that highlighted offensive and demeaning ads against women.

National Airlines' "Fly Me" ad campaign in the '70s sparked protests by the National Organization for Women.

Some ads even sparked protests by women’s groups. The National Organization for Women protested the “Fly Me” ad campaign released in 1971 by National Airlines. The group denounced the campaign for the depiction of women as sex objects. But that didn’t stop National from expanding the campaign with ads featuring flight attendants who said, “I’m going to fly you like you’ve never been flown before.”

A 1970 ad for Silva Thins cigarettes also sparked controversy for its sexist tagline: “Cigarettes are like women. The best ones are thin and rich.” NOW called for a boycott of the brand.

This 1970 ad for Silva Thins cigarettes was controversial for its blatant sexism against women.

“Advertising itself has become much more sophisticated … it’s more ubiquitous than ever before. It’s everywhere,” she said. “The tyranny of the ideal image of beauty, for example, is much worse now because of Photoshop. Images can be ‘Photoshopped’ to make people look completely flawless. …The other thing that has gotten worse is the sexualization of children. … We still don’t have a critical mass of consciousness about the issue, not by a long shot. But we have way more consciousness about it than we did before.”

Watch episode 6, “Battle of the Sexes,” of CNN’s series “The Seventies” on Thursday at 9 p.m.