Survey: 52% of women have bought a product because they liked how women were portrayed

Editor’s Note: Kelly Wallace is CNN’s digital correspondent and editor-at-large covering family, career and life. Read her other columns and follow her reports at CNN Parents and on Twitter.

I must admit there is nothing quite like sitting in a ballroom with nearly 3,000 women and listening to the howls of laughter, cheers and applause after watching some of the most popular girl-empowerment ads of the year.

One of the crowd favorites, which had some women chuckling so hard they had tears in their eyes, has been seen more than 32 million times on YouTube and another 30 million-plus on Facebook.

In the ad, a woman throws her daughter a “First Moon Party” after her daughter, using nail polish with glitter, pretends to have gotten her period for the first time. (Spoiler alert: The mom isn’t fooled from the get-go!) 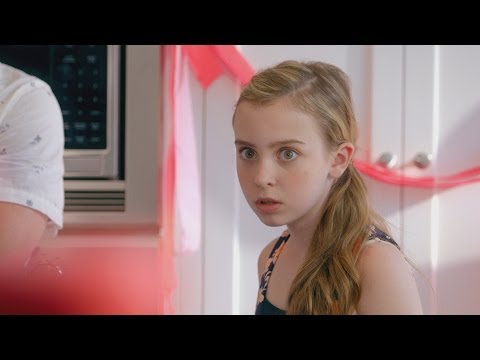 The hilarious ad by HelloFlo, a heath company for women of all ages, was one of the winners of the first #Femvertising Awards, created by SheKnows Media, a digital women’s lifestyle media company. The awards were presented last week in New York at this year’s BlogHer, the largest conference in the world for women in social media.

Among the other winners were ads or programs you have most likely heard about before: Always’ #LikeAGirl video, which tries to prevent girls from losing confidence after puberty; Dove’s #SpeakBeautiful campaign with Twitter; Ram Trucks’ “Courage is Always Inside”; and Sport England’s “This Girl Can,” which aims to change the way women of all shapes and sizes feel about exercising. (Highly recommended viewing, in my humble opinion!)

I’ve written about how these ads clearly resonate with women and girls. Always’ #LikeAGirl video has been viewed 90 million times around the world, and its newest video, #LikeAGirl Unstoppable, which was released two weeks ago, has already been seen over 20 million times.

“Femvertising works because these types of ads champion girls and women – they speak directly to them, and the people who love them, and celebrate them during various aspects of their life,” Fama Francisco, vice president for global feminine care at Procter & Gamble, wrote in an email. (Always is one of Procter & Gamble’s brands.)

HelloFlo founder and CEO Naama Bloom believes that her ads – which include the equally hilarious “Camp Gyno” in 2013 and her newest, “Period Fairy,” this year – resonated because they “felt very fresh and shocking but in a very positive way for a lot of people.”

She also thinks they hit at the “right cultural moment,” when we as a society are getting much more open about gender equality, she said.

“You can’t open up a magazine or a newspaper or a website and not see something about women and STEM and women’s empowerment and asking this celebrity if she’s a feminist or not, so I think culturally, we are at a point where women are saying, ‘Hey, why has all this stuff been shoved under the rug, and why do we feel ashamed of these things that are perfectly normal?’ ”

Bloom continued, “These types of things end up becoming almost a rallying cry in a way.”

Impact on a brand’s bottom line

She added, “(They) can sell products while also selling good ideas and good values and socially empowering women and girls.”

I’ve often wondered how effective these ads actually are when it comes to moving products and what impact they have on a brand’s bottom line. Judging by the results of a survey conducted by SheKnows in the fall, they can give a powerful financial boost to a company.

How to teach girls to be confident #LikeAGirl

Fifty-two percent of the more than 600 women surveyed online nationally said they have bought a product because they liked how the ad for it portrayed women, and 71% of those surveyed said they believe brands should be held responsible for using their ads to promote positive messages to women and girls.

Bloom said her ads led to a “significant increase” in her company’s financial outlook.

“I mean, no one knew who we were. We basically went from zero to having a business,” she said, noting partnerships with big brands such as Procter & Gamble and Luna Bar, and projected revenue of $1 million or slightly above for 2015.

Not bad for a company that has just two full-time employees and expanded from a subscription service for tampons and pads to providing kits for women at different life stages and content and expert advice to young girls and women.

Do women apologize more than men?

With larger brands, the impact can be even more substantial. Sales at Dove have reportedly soared from $2.5 billion to $4 billion in the 10 years since it launched its “Campaign for Real Beauty.”

Kathy O’Brien, vice president of skin and marketing services for Unilever’s Dove brand, wouldn’t comment on sales numbers but said it has been “so exciting to watch the growth and impact of the brand.”

In 2004, when Dove launched its campaign featuring more realistic portrayals of women’s bodies, only 2% of women described themselves as beautiful, O’Brien said, based on Dove research.

“We on the brand felt a responsibility to change that,” she said.

Ten years ago, women interviewed by Dove used words such as “young, blonde, skinny” to define beauty, she said. “Now, when you ask that question, you get things like ‘confident, articulate, intelligent.’ So that’s a really cool feeling.”

A challenge for brands

It’s no question there is also a challenge for brands. Any brand that seems inauthentic and chasing dollars as opposed to truly trying to change gender norms will quickly be called out by women on social media, who will use their powerful purse strings to send a message financially, too.

And even brands that have been hailed for what they’ve done for women can find themselves getting some pushback.

The beauty patch: Bad for women?

Some women took issue with Dove’s “Real Beauty Patch” campaign last year, in which women started to feel better about themselves after they were given what they thought was a beauty patch but was actually nothing more than a skin patch. There was also some criticism of this year’s ad in which women were asked to enter a building through doors marked “Beautiful” or “Average.”

Critics say the ads are “emotionally manipulative” and not the most positive for women.

“One thing is that Dove always will remain very committed to listening to women, so we spend an exorbitant amount of time with them … and sometimes we get it absolutely 110% right, and sometimes we appeal to a smaller group,” O’Brien said.

“I think what the brand has done is, when we put a point of view out there, we stand behind it, and if everybody embraces it, great. If only some people do, we’re OK with that, and again, we listen to the feedback, and we respond accordingly.”

Boy power! Watch these tweens reject the ‘be a man’ stereotype

Girls and women are smart. They know that these are ads – but if the ads make them feel good about themselves, if the ads help them realize we all have beauty inside us and beauty on the outside, if the ads help change gender norms, what could possibly be wrong with that?

As I said in a video last year, “I will never tire from watching women realize” just how amazing they are.

And judging by the recognition, the viral nature and bottom line impact of these ads, many women aren’t tiring of it either.