Should service members at military recruiting centers be armed? 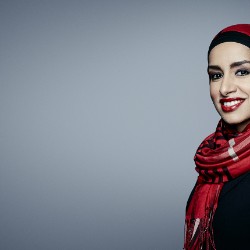 Wisconsin Gov. Scott Walker issues an order allowing his state's National Guard members to be armed while on duty

Opponents say recruitment centers in particular are meant to be welcoming

The investigation into the brazen attack on two Chattanooga, Tennessee, military facilities has left many questions unanswered.

But one of the most troubling for that community, for civilians, and for military officials remains: How?

How could five servicemen – several of whom had risked their lives in combat in Iraq and Afghanistan – be gunned down on their home turf?

Calls for military recruitment centers and sites to be armed – or at least better secured – have grown stronger in a matter of days.

The powerful gun lobby on Monday called on the White House to repeal its Pentagon directive that regulates who can carry firearms, and then for Congress to “pursue a legislative fix to ensure that our service men and women are allowed to defend themselves on U.S. soil.”

Proponents of arming facilities, arguably the louder voice after a tragedy like the one in Chattanooga, say American soldiers should not be left vulnerable to attack on domestic soil.

Chattanooga shootings: Mourning the victims, searching for a motive

But the side for keeping the centers unarmed says they’re meant to be welcoming, accessible places. Visible firearms, or even the knowledge of a concealed one, could easily be interpreted as unwelcoming.

The military recruits where civilians are

“Look, we don’t have a draft,” CNN National Security Analyst Juliette Kayyem told CNN’s Alisyn Camerota on Monday. “The military has to engage communities and potential members of the military. So they were constantly balancing access and being welcome with, of course, the security and safety of the recruiters.”

Kayyem explained that this is why recruiting offices are often in shopping malls: That’s where people are. A potential recruit is more likely to wander into a friendly-looking office in a mall than, say, a highly fortified office somewhere on a military base.

The day after the shootings, Gen. Raymond Odierno, chief of staff of the Army, told reporters that recruiters aren’t armed, and aren’t likely to be.

PHOTO: John Bazemore/AP
An FBI investigator works outside a military recruiting center where a gunman opened fire Thursday, July 16, in Chattanooga, Tennessee. Authorities say Mohammad Youssuf Abdulazeez, 24, opened fire first on the recruiting station and then moved to a U.S. Navy facility seven miles away. At the Navy facility, he fatally shot four U.S. Marines and wounded three other people before he died in police gunfire. A U.S. Navy sailor later died from his wounds.
Related Gallery Deadly shooting in Chattanooga, Tennessee

Places like shopping centers and strip malls are civilian areas. Odierno said the legality of arming recruiters in such areas could be controversial, since the law does not permit the military to shoot civilians in the United States.

Odierno said that while Army recruiters have been given training for several years on how to deal with active shooter incidents, military personnel are not trained in law enforcement scenarios.

Kayyem, a former assistant secretary at the Department of Homeland Security, said she supports securing the sites better. But when it comes to putting a concealed weapon on every service member, Kayyem says the military would have to consider what the standard would be for such a change, and how to define the rules of engagement if something goes wrong.

Some critics say military sites are easy targets – also known as soft targets – because service members inside aren’t likely to be armed.

Retired Army Staff Sgt. Alonzo Lunsford, who was shot seven times in the attack at Fort Hood, Texas, in 2009, said he thinks arming the sites would make a difference.

“We have to be allowed to fight with both of our hands, and not with one behind our back,” he told CNN’s Don Lemon. “So arm our military personnel. We have the training, we have the restraint to use these weapons. … It’s obvious that the war is now on our home soil.”

Chattanooga shootings: Why were our soldiers so vulnerable?

In response to the shootings, the governors of Florida, Texas, Oklahoma, Indiana and Wisconsin have taken measures to increase security of National Guard recruiters and military facilities in their states. States control their National Guard units, so governors can make decisions about Guard actions, whereas the President is commander in chief of the nation’s military branches.

Under Florida Gov. Rick Scott’s order, National Guard members at six state recruitment centers will be moved to armories until security is improved. In addition, law enforcement agencies will be asked to conduct regular security checks and qualified Guard members will be adequately armed, according to a statement from the governor’s office.

“We’re going to do everything we can to make sure all of our guardsmen are safe,” Scott told CNN. “We’ve got to understand that we have people in our country that want to harm our military.”

“Arming the National Guard at these bases will not only serve as a deterrent to anyone wishing to do harm to our service men and women, but will enable them to protect those living and working on the base,” he said in a statement.

Oklahoma Gov. Mary Fallin authorized the arming of certain full-time personnel in military installations throughout the state. “It is painful enough when we lose members of our armed forces when they are sent in harm’s way, but it is unfathomable that they should be vulnerable for attack in our own communities,” she said in a statement.

Indiana Gov. Mike Pence issued an order to enhance security at all National Guard facilities across the state, including recruiting storefronts.

“Safety must be our top priority, especially in light of the horrific attack in Chattanooga,” he said. “Allowing our National Guard members to carry weapons while on duty gives them the tools they need to serve and protect our citizens, as well as themselves. I am also directing Adjutant General Donald Dunbar to evaluate longer-term plans to ensure the safety of our service members.”

Louisiana and Arkansas also made moves to arm National Guard personnel. Other states, including Alabama, New York and Illinois, stepped up security at recruitment centers.

Social media users have latched on to stories about protecting members of the military in recent days.

Armed citizens in cities like Huntsville, Alabama, Savannah, Georgia, and Dothan, Alabama, have been photographed standing outside recruitment centers.

One commenter from CNN affiliate WTVY called the civilians a “true example of patriotism.”

That's the reason arming everyone on military bases 24/7 is a bad idea.
Kids far from home. Treated poorly at lower ranks. Desperate.

Former Navy SEAL Marcus Luttrell is among those saying the Pentagon should arm military recruiters and service members. In a Facebook post Monday, he opposed the Pentagon’s decisions after the Chattanooga shootings.

Luttrell received the Navy Cross for his actions in 2005 facing Taliban fighters in Afghanistan during Operation Red Wings. He was later depicted in the movie “Lone Survivor.”

The U.S. Northern Command, which includes bases across the United States, said Monday that it will keep a heightened security posture, with bases at force protection level “bravo,” the third-highest threat level on a five-tier Defense Department scale, after last week’s deadly shootings.

The Department of Defense announced that it was taking modest steps to better protect military facilities after the attack. The Marine Corps closed recruiting stations within 40 miles of the shootings, and workers were told not to wear military uniforms, Pentagon spokesman Peter Cook said.

Related Video Remembering the lives lost in the Chattanooga shooting

Cook said other military branches were also moving to increase security, at least temporarily. Navy recruiting stations increased their coordination with law enforcement in the Southeastern U.S., and the Army bulked up security at certain recruiting stations.

Secretary of Defense Ash Carter requested recommendations on how to better protect service members by the end of last week, Cook said.

Immediately after Thursday’s attack, the Pentagon conducted an initial security review at military bases and recruiting centers, but there was no immediate recommendation to raise security levels, a senior defense official told CNN.

As for the hundreds of recruiting centers around the country – outside of those fortified military bases – the official acknowledged that remains a challenge.

“It’s very tough to figure out,” the official said, adding that there was no specific time frame or format for future recommendations.