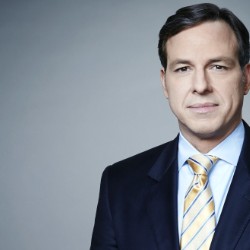 “Enough with the slanderous attacks. @SenJohnMcCain and all our veterans - particularly POWs have earned our respect and admiration,” he tweeted on Saturday.

But that outrage was missing ten years ago, when a political group attacked another Vietnam veteran – then-Sen. John Kerry, the Democratic nominee who sought to unseat Bush’s brother, the incumbent president, during the 2004 election.

When his campaign was asked if Jeb Bush saw a double standard, a spokesman rejected the premise.

“A thank you letter to Col. Bud Day, Medal of Honor recipient and Air Force Cross recipient, twice captured as a POW, is not in any way analogous to condemning Donald Trump’s slanderous attack on John McCain,” said Bush campaign spokesman Tim Miller.

In a letter to the head of that group obtained by CNN, Bush thanked Col. George Day for his “unwavering support” and thanked the group for “their willingness to stand up against John Kerry.”

“As someone who truly understands the risk of standing up for something, I simply cannot express in words how much I value their willingness to stand up against John Kerry,” Bush wrote in a letter dated January 19, 2005.

Of the group’s members, Bush added: “Their efforts, like their service to their country, speak volumes about what matters most.”

All of the charges were contradicted by official military records and almost all of the men who served with Kerry came out in defense of their former crewmate, praising his courage. Only one of the swift boat critics served with Kerry.

Kerry received several medals for his service in Vietnam, including several Purple Heart medals for injuries he sustained in combat.

The Swift Boat attacks have since been widely discredited and the term swiftboating is now synonymous with lobbing unfair political attacks.

EDITOR’S NOTE: This story has been updated to include an updated statement from the Bush campaign.