By Henry Hanks, CNN
Updated 3:15 PM EDT, Mon July 13, 2015
Link Copied!
San Diego Comic-Con is a great place to meet your favorite celebrities and this year's event was no different. Laura Sirikul ran into "The Walking Dead" fan favorite Norman Reedus.
Laura Sirikul/Facebook
Aaron Sagers finished an interview with Peter Capaldi, star of "Doctor Who" and got this photo.
Aaron Sagers/Twitter
One of the most elusive celebrities, Bill Murray, stole the show in the opening hours of the convention, and Alexander Hernandez was able to grab a second with him on camera.
Alexander Hernandez/Instagram
Laura Sirikul happened to catch Wolverine himself, Hugh Jackman in the elevator on the way to his first panel Saturday morning for the upcoming movie "Pan."
Laura Sirikul/Facebook
Grant Gustin (center) is quite fast but Emma Loggins was able to get a photo with the actor who portrays TV's "The Flash."
Emma Loggins/Twitter
Conan O'Brien is spending all of Comic-Con taping his show, and Alexander Hernandez ran across him early during the convention.
Alexander Hernandez/Instagram
It's rare for celebrities to brave the crowds on the convention floor, but John Boyega (left) and Daisy Ridley did just that. The stars of "Star Wars: The Force Awakens" got this selfie with hardcore fan Eliot Sirota.
Eliot Sirota/Twitter
Yet another Doctor! Matt Smith was somewhat incognito but Sam Sobrevinas spotted him and got a quick photo.
Sam Sobrevinas/Instagram
Giving Ellen DeGeneres a run for her money, Chris Morrow snapped this photo with the entire cast for the CW's "iZombie."
Chris Morrow/Twitter
Katharine McPhee, currently on CBS' "Scorpion," met Alexander Hernandez as well.
Alexander Hernandez/Instagram
Steven Moffat is the man behind fan favorite series "Doctor Who" and "Sherlock" and shared a moment with Anna ven Sobrevinas (left) and sister Sam.
Anna Ven Sobrevinas/Twitter
Between "Doctor Who," "Torchwood" and "Arrow," John Barrowman is Comic-Con royalty, so Laura Sirikul made a point to get a photo with him.
Laura Sirikul/Facebook
Speaking of Comic-Con royalty, Zennie Abraham got a selfie with Joss Whedon, director of "The Avengers" movies and creator of "Buffy" and "Firefly."
Zennie Abraham/Twitter
Kunal Nayyar moderated a panel for his hit series "The Big Bang Theory" and later paused for a photo with Emma Loggins (left).
Emma Loggins/Twitter
The "Sharknado" sequels have no end in sight, so Tara Reid returned to Comic-Con, where she took a selfie with Chris Morrow.
Chris Morrow/Twitter
T.J. Miller, fresh off the success of "Silicon Valley" and "Big Hero 6," is clearly excited for his next movie, "Deadpool."
Alexander Hernandez/Instagram
Not only the Doctor, but his companion Clara (aka Jenna Coleman) attended the convention as well.
Laura Sirikul/Facebook
Chris Hardwick, the host of "Talking Dead" and "@Midnight," is ubiquitous at Comic-Con and took this selfie with Amelia Caroline.
Amelia Caroline/Instagram
Shannon Martelli took this evening selfie with "Sleepy Hollow" and "Mad TV" star Orlando Jones.
Shannon Martelli/Instagram
January Jones took a moment from the "Last Man on Earth" autograph signing to pose here.
Alexander Hernandez/Instagram
Hugh Dancy's fan cred has gone up since starring on NBC's "Hannibal."
Laura Sirikul/Facebook

Every year, studios, networks and publishers set out to wow fans at San Diego Comic-Con.

Some surprising moments are planned, but there are even more magical ones that are spontaneous.

This year seemed to be no exception, with many moments that went viral online soon after they happened.

Here are five of the biggest, in no particular order.

1. Bryan Cranston drops the mic on a fan

The offsite Nerd HQ panel for Bryan Cranston’s new show “SuperMansion” was going smoothly on Thursday when an eager fan from Albuquerque, New Mexico, got up to ask Cranston a question.

He wanted to know what the actor did while filming “Breaking Bad” in Albuquerque.

“Yeah, I’d go and visit your mother once in a while.”

This got the crowd roaring as Cranston dropped the mic. The video has trended ever since. 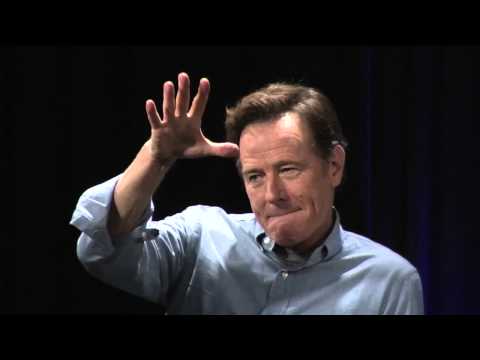 2. The biggest superhero selfie of all time?

What happens when the casts for upcoming films “X-Men Apocalypse,” “Deadpool,” “Fantastic Four” and “Gambit” get together? A big opportunity for a selfie, of course!

Chris Hardwick, panel moderator for 20th Century Fox, saw the opportunity on Saturday and got stars Hugh Jackman, Ryan Reynolds, Channing Tatum and Jennifer Lawrence to take part, along with the creator of many of the characters represented on the panel, Stan Lee.

Eat your heart out, Ellen DeGeneres.

The convention wasn’t even a few hours old when Bill Murray surprised the thousands gathered at Comic-Con’s Hall H at a panel for his upcoming film, “Rock the Kasbah.”

Murray entertained questions from fans, commenting on topics as varied as Bruce Willis, Miley Cyrus and the Confederate flag.

However, the fans in the audience weren’t the only ones geeking out over Murray. Jennifer Lawrence, waiting backstage for her “Mockingjay Part 2” panel shot a photo with him which quickly went viral.

4. The Joker in the crowd

Hall H fans had already seen one disturbing glimpse of the Clown Prince of Crime, when Jared Leto’s Joker made his big screen debut in a trailer for 2016’s “Suicide Squad.”

But the panel that night for the hit Fox series “Gotham” found him lurking in the crowd.

Actor Cameron Monaghan hijacked and interrupted the panel from the floor of Hall H. It was the biggest way possible to confirm that he is indeed portraying comics’ biggest villain. 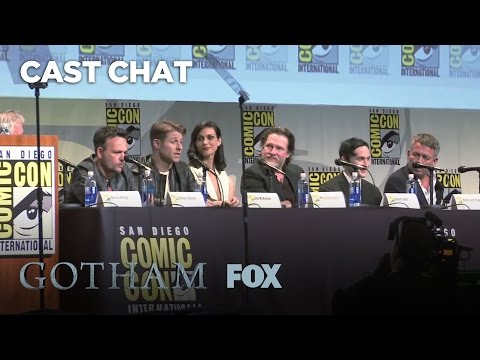 But the biggest moment of the convention still has to be Harrison Ford’s first public appearance after a plane crash in March. 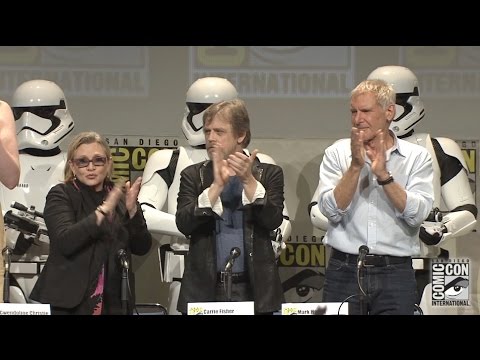 Fans were invited by J.J. Abrams to attend a “Star Wars” concert that night, complete with waving lightsabers and a bonus appearance by the stars of the movie.

It will be a day long remembered.