Goldberg talked about the threats on "The View"

She said Cosby is "innocent until proven guilty"

Singer Jill Scott has reversed her support for the comedian

Whoopi Goldberg is supporting Bill Cosby even in the face of threats she says she has received.

“The View” co-host has long defended Cosby amid accusations of sexual assault from multiple women. But on Wednesday, she said on the show that she is increasingly taking heat for that stance.

Cosby has never been criminally charged and has consistently denied any wrongdoing, and Goldberg invoked the legal phrase “innocent until proven guilty” in talking about the controversy. She also cited the 2006 case in which members of the Duke University men’s lacrosse team were falsely accused of rape.

“If you are the mother of a son, you want to keep innocent until proven guilty,” she said.

Whoopi Goldberg Reacts to Cosby Backlash on 'The View' 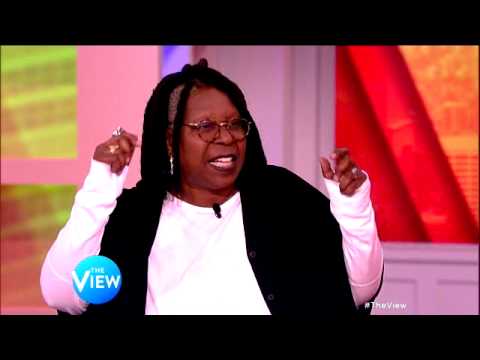 Goldberg is not the only celeb supporting Cosby.

Comedian Faizon Love defended him in November in a stream of expletive-laced tweets in which he took the alleged victims to task.

After the recent revelation that Cosby admitted in a deposition that he got prescription Quaaludes to give to women he wanted to have sex with, Love once again took to his Twitter account to berate people – especially the African-American community – for not supporting the legendary actor.

IM DONE TALKING TO YOU SPINELESS MOKEYS... YOU NEED TO LERN FROM THE LATIN COMMUNITY BECAUSE THAT IS TRUE LOVE OF PEOPLE

But not everyone is supporting the beleaguered star.

Singer and actress Jill Scott had been a vocal proponent of Cosby’s but recently changed her stance, tweeting, “Sadly his own testimony offers PROOF of terrible deeds, which is ALL I have ever required to believe the accusations.”

About Bill Cosby. Sadly his own testimony offers PROOF of terrible deeds, which is ALL I have ever required to believe the accusations.

1) We live in America. Many African American men are detained &/or imprisoned for crimes without evidence. I will never jump on bandwagons

2) based on social media or hearsay. Proof will always matter more than public opinion. The sworn testimony is proof. Completely disgusted.

I stood by a man I respected and loved. I was wrong. It HURTS!!! When you get it ALL right, holla.

Reasoning with the angry & unreasonable? No. I'm not sorry for standing by my mentor. I'm sorry the accusations Rtrue pic.twitter.com/8oHD9u12em