Some spiders are great sailors that can traverse oceans, scientists say

Many of them can also sail, using their legs or abdomens as sails, study says

Some spiders can sail – they can harness the wind, weigh anchor and toss a line to a raft. They may even cross vast oceans, scientist say.

Their research could help explain why some types of spiders are present on nearly every corner of the globe. It was published this week in the journal BMC Evolutionary Biology.

Also, spiders are great pest controllers, so knowing how they move can be useful to humans. “We really want to know more about where they go, what they eat, how they move, how they get to a farmer’s field – for our own benefit,” said Sara Goodacre, head of SpiderLab at the University of Nottingham in Britain.

Many spiders can also fly, but that’s not news to scientists. The bugs catch a breeze in lines of web they spew from their abdomens – a feat called ballooning. That can take them to a few feet the neighbor’s yard or many miles to a neighboring country.

Ballooning has helped lead some species to conquer new habitats.

But until now, arachnologists believed that their conquest ended at water’s edge, that when they landed in a pond, a creek or the ocean, the spiders became helpless.

The notion has left some questions open for scientists at SpiderLab.

How have so many spider species spread to most every continent, they asked? Why have spiders been seen floating alive in the middle of oceans? And why are they quick to turn up on islands newly formed by volcanic activity?

Some spiders use multiple skills to sail over water
Hayashi, University of Nottingham

Sure, there are aquatic spiders that have evolved to revel in the wet, but they’re in the minority. The researchers wondered instead how teeming masses of crawly land lovers – terrestrial spiders – overcome oceans so well.

So, researchers collected 325 wild spiders and dropped them onto water to see how they fared.

A note for arachnophobes: The spiders they chose, almost all linyphiids, are not the scary, horror movie variety – they’re more like the itsy bitsy spider of nursery rhyme fame that crawled up the water spout. They are about half the size of a dime, legs included, often go unnoticed and aren’t harmful to humans. 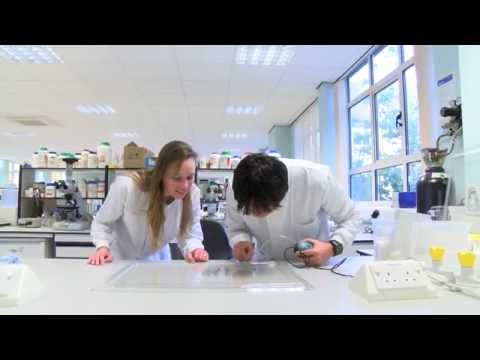 All 325 spiders floated on the tips of their legs when they hit the water.

And many of them pulled off wind-surfing ballets, catching the breeze by stretching legs upward or doing a “hand stand” on all eight legs and protruding their abdomens into the air.

The wind flicked the spiders over the water’s surface like air-hockey pucks.

The behavior seemed specific to the aquatic environment. The spiders reacted this way only when on water. When confronted with wind on a dry surface, almost all of the spiders hunkered down to duck the gust.

About a third of the spiders that were tested showed ballooning behavior – and these turned out to be good sailors at the same time. “The propensity for sailing appears to be tightly linked to the tendency for aerial dispersal,” the arachnologists wrote.

They were true marines – going most anywhere by land, sea or air.

Some spiders showed off handy seafaring skills to boot.

If the wind was too much for them, many shot a line of silk onto the water as an anchor to slow themselves down. “The silk may sometimes work as a dragline for the water-trapped spider to attach to floating objects or to the shore,” the scientists wrote.

If a stick floated by, they zapped it with string, connected the other end to the water’s surface and roped over to the object to use it as a raft – or potentially more.

“A spider that reaches a floating tree, for example, might be able to become airborne by ballooning from its surface, or from one of its non-submerged branches,” the researchers wrote.

The big takeaway for the arachnologists? Not only does the spiders’ quest for new land does not end at the water’s edge, but since they can go without food for long periods, they can travel a very long time for a very long distance.

Possibly an ocean away.