The Declaration of Independence: Six things you (probably) didn’t know

By Evelyn Andrews, Special to CNN
Updated 12:36 PM EDT, Wed August 5, 2015
Link Copied!
Ad Feedback
The Enlightenment movement, which questioned traditional authority and embraced rationalism, heavily influenced The Declaration of Independence. In breaking away from Great Britain, Thomas Jefferson called on the "certain unalienable rights" of "life, liberty and the pursuit of happiness." These rights varied only slightly from the rights of "life, liberty and property" British philosopher John Locke laid out in his 1689 "Two Treatises of Government."
Hulton Archive/Getty Images
The Bill of Rights, the first 10 amendments added to the U.S. Constitution, were meant to put specific limits on government power. The early U.S. government was split into two factions: the Federalists, who supported a strong national government, and the Anti-Federalists, who feared centralized government. The Bill of Rights were added as part of a compromise between the sparring parties.
Shutterstock
Thomas Jefferson was the main author of the Declaration of Independence and the nation's third President. He was also deeply interested in science, philosophy and architecture. He designed his own gravestone and insisted that it read, "Here was buried, Thomas Jefferson, Author of the Declaration of American Independence of the Statute of Virginia for religious freedom & Father of the University of Virginia."
Kean Collection/Getty Image
John Hancock is best known for his extravagant signature on the Declaration of Independence, which he was the first to sign. However, Hancock was also a key figure in early revolutionary politics and one of the richest men in New England.
MPI/Getty Image
The Declaration of Independence and the U.S. Constitution were both debated and adopted in Philadelphia's Independence Hall. Nearby is the cracked Liberty Bell, which reads "Proclaim liberty throughout all the land onto all the inhabitant thereof." The bell and its inscription were later used as a rallying cry for the abolitionist and women's suffrage movements.
Shutterstock
Thomas Paine published "Common Sense" in 1776. It was written in a plain style meant to convince the "common people" of the colonies to support the independence movement. The pamphlet was wildly popular, with founding father John Adams remarking that, "Without the pen of the author of Common Sense, the sword of Washington would have been raised in vain."
Shutterstock
Benjamin Franklin was an author, publisher, ambassador, inventor, political theorist and scientist. While arguably one of the most Influential founding fathers, he never ran for President and died early in George Washington's first term.
Hulton Archive/Getty Images
Enraged by the British Parliament's tax on tea, rebel colonists, some disguised as Native Americans, destroyed an entire East India Company tea shipment in the Boston Harbor. The British government responded with a crackdown on self-government in the colonies, which liberty-seeking colonists called the "Intolerable Act." Rising tensions sparked the American Revolution in 1775.
MPI/Getty Images

The Declaration of Independence was not signed on July 4, 1776.

This Fourth of July will mark the 239th anniversary of the adoption of the Declaration of Independence, the document that birthed the nation.

You may know about John Hancock’s famously large signature or that Thomas Jefferson authored the document, but here are six facts you may not know about the Declaration.

1. The Declaration of Independence was not signed on July 4.

Although July 4 is the day the United States celebrates independence, that was not the day the document was signed. The Continental Congress did adopt the Declaration on that day, but most delegates did not sign the document until August 2, 1776, according to the National Archives. New York delegates could not officially give their support until July 9, and the Congress didn’t order that the official document be written on parchment until the 19th. Also, July 4 was not the day the founders expected to be remembered as Independence Day. July 2, the day the Continental Congress voted for independence, was thought to be the day of celebration, which was even noted by John Adams in his writings, according to the National Archives.

2. There is more than one copy.

Even though most people who see the document see the original on display at the National Archives in Washington, D.C., hundreds more were printed. These copies are known as the “Dunlop broadsides”, after the owner of the shop that printed them, John Dunlop. The copies were dispatched to the colonies to be read aloud for people who could not read. Of the hundreds printed, only 26 are known to have survived, including two which were found in the last 26 years. One was found in 1989 by a Philadelphia man hidden in a picture frame he bought at a flea market for $4 and the other was found in a box of papers at the British National Archives in 2009.

When a Dunlop broadside was read by George Washington in New York City on July 9, 1776, the words so inspired the people listening that they started a riot. Later that day, they tore down a statue of George III, which was later melted and shaped into musket balls for the American army, according to the History Channel.

4. Jefferson and Adams died on the same day – July 4

Thomas Jefferson and John Adams both died on the same day – on July 4, 1826, 50 years after the Declaration’s adoption, according to the National Archives. Adams assisted Jefferson in writing the declaration and also played a part in persuading the Congress to declare independence.

5. Reese Witherspoon: actor and Daughter of the Declaration?

Reese Witherspoon has said that she is a direct descendant of John Witherspoon, who signed the Declaration as a representative of New Jersey. However, her claim has never been proven.

Reese Witherspoon - Declaration of Independence Is Coming To Utah 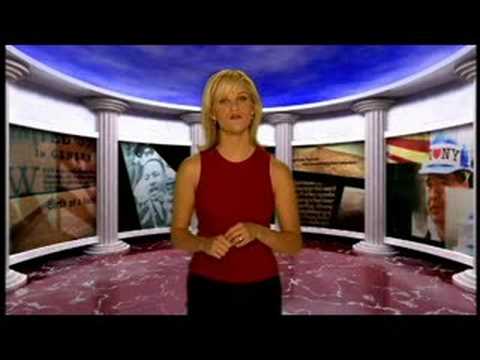 6. A mark on the document is still an unsolved mystery.

A mystery about the document that still has yet to be solved is that a handprint appears on the bottom left corner. Although the origins of the mark are still unclear, its presence does not seem to surprise historians, since the document was rolled, put in bags and transported in wagons and ships.

“It was terrible,” said David Ward, senior historian at the National Portrait Gallery, told CNN’s Chris Moody. “It was put in a burlap bag. They rolled it up all the time, which you’re not supposed to do. It was exposed to light, it was exposed to smoke.”

Protection of the document has of course ramped up significantly, now sealed in a titanium-and-aluminum frame with controlled humidity. During World War II, according to the National Archives, it was transported in 150 pounds of protective gear to Fort Knox, where it spent the remainder of the war.

Read the Declaration of Independence