New bill gets smart on justice 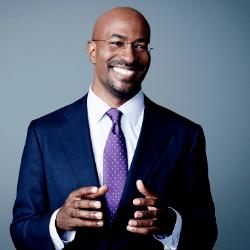 U.S. has fought the drug war in the worst way possible, he says

Editor’s Note: Van Jones is president of Dream Corps and Rebuild The Dream, which promote innovative solutions for America’s economy. He was President Barack Obama’s green jobs adviser in 2009. A best-selling author, he is also founder of Green for All, a national organization working to build a green economy. Follow him on Twitter @VanJones68. The opinions expressed in this commentary are solely those of the author.

It would be laughable – if it were not so despicable.

By year’s end, President Barack Obama could sign into law major criminal justice reforms – passed because of the leadership and full engagement of the congressional GOP.

On Thursday, key leaders took a major step toward that outcome as Reps. Jim Sensenbrenner, R-Wisconsin, and Bobby Scott, D-Virginia, introduced the Safe, Accountable, Fair, and Effective (SAFE) Justice Act of 2015, a comprehensive criminal justice reform bill that will start chipping away at our unjust, unaffordable system of mass incarceration.

Over the past 40 years, the United States has fought the drug war in the worst way possible – by jailing those who simply needed help with their addiction or mental illness. Meanwhile, we have targeted and disproportionately sentenced black and brown Americans, as well as those from poorer neighborhoods. And we have created a system that costs too much, imprisons too many, and does too little to truly keep us safe.

With all this in mind, there are three reasons we should all be excited about the SAFE Justice Act.

First, the act will safely and smartly reduce our prison population over time. It will refocus our prison system on those who are an immediate threat to others, not people caught in a police sweep with a small amount of marijuana. The act will also reform mandatory minimums to help snag big traffickers – but without condemning nonviolent offenders to long prison sentences. Instead, it will expand the use of alternative sentencing like probation, drug courts, and medical treatment for addiction or mental illness. And finally, it will help people get their lives back on track when they get home.

It does all this in smart, sensible ways that have already been piloted and proven at the state level. Both red and blue states have shown that you can lower prison populations, reduce costs, and cut crime by instituting evidence-based alternatives to sentencing, giving judges more discretion, and allowing targeted releases of those who are unlikely to offend again.

In short, the SAFE Justice Act will bring those who pose no danger back to their families by taking the best of state policy and implementing it at the federal level. That is how our system should work.

The reality is that our system of mass incarceration is simply too interconnected and complex to fix piecemeal. It makes little sense, for example, to send people home from prison without changing the way the “felon” label marks them for life – preventing them from voting, getting jobs, or even having roofs over their heads. Reforming re-entry into the community without revising mandatory minimums for nonviolent drug crimes leaves too many in jail for far too long – far longer than other advanced nations. Reinvent prisons without transforming policing and sentencing, and you simply replace one generation of the needlessly jailed with another.

There are a number of good bills that have been introduced in the Senate that do in fact accomplish pieces of what the SAFE Justice Act does. But to reform an interlocking and tightly woven system, we need comprehensive fixes like this one.

Both parties created this mess. Both parties must fix it. Richard Nixon may have declared the war on drugs, and Ronald Reagan may have turned it into a war on the impoverished, but Bill Clinton also helped create today’s mass incarceration nightmare.

Republicans control both houses of Congress, meaning nothing will move without bipartisan support. Indeed, in the real world, there is no functional difference between holding out for justice reform with no Republicans involved and opposing reform altogether. It is time to come together, because suffering families do not have the luxury of waiting for ideological purity.

In states across the nation, leaders have taken a deep breath, stepped across the aisle, implemented serious reforms – and it has worked. In fact, a range of existing justice reform legislation in the U.S. Senate has bipartisan co-sponsors. Criminal justice is one of the few issues where right and left agree, most recently demonstrated by a huge Bipartisan Summit on Criminal Justice Reform in Washington.

That potential is coming together in a big way. Can such promise be fulfilled? I believe there is nobody more trusted to fix the prison system than Bobby Scott. And there is nobody more committed to cheaper, more effective government than Jim Sensenbrenner. If these two men can work together, then so can everyone else.

The next year will be full of partisan bickering and political grudge matches. But, just maybe, it will also see real bipartisan reform, sparked by two leaders who dared to think big.