5 songs you didn’t know were about the Vietnam War

“The Seventies” airs at 9 p.m. ET/PT Thursdays on CNN.

Songs such as "Born in the U.S.A." have long been misinterpreted

Bands like R.E.M. did not even exist during the war but still wrote songs about it

At the beginning of the ’60s, rock was still in its “oldies” phase. Dance songs like Chubby Checker’s “The Twist” and Little Eva’s “Loco-motion” were huge hits.

But by the time the decade wrapped, bands like The Beatles, Creedence Clearwater Revival and The Doors were ruling the charts. Counterculture had officially begun: Musicians became more socially conscious and began using their medium to speak for the anti-war masses, like in Buffalo Springfield’s “For What It’s Worth,” The Rolling Stones’ “Gimme Shelter” and Creedence Clearwater Revival’s “Fortunate Son.”

Iconic photos of the Vietnam War

However, Vietnam’s impact on music didn’t stop when the war ended. There are a plethora of other songs inspired by the conflict but rarely associated with it. Here are five:

Bruce Springsteen: “Born in the U.S.A.”

Any Springsteen fan can tell you this, but in case you’re unfamiliar with the Boss, “Born in the U.S.A.” is not the patriotic, boom-box-on-top-of-Mount-Rushmore jam like Ronald Reagan’s re-election campaign famously thought. At first listen, it’s easy to hear what Reagan heard: booming drums, triumphant synths and Bruce going absolutely Boss-listic on the mic about the U.S.A. If you take away the lyrics, it would be the perfect soundtrack for George Washington leading his men across the Delaware River or an eagle landing on top of the Statue of Liberty.

The lyrics, however, about fighting in Khe Sanh and a veteran struggling to find work back home, paint a much different picture. When stripped down to its basic, like in its acoustic version, it becomes a completely different animal.

R.E.M. was not even a band during the Vietnam War, but lead singer Michael Stipe has a connection: His father served in Vietnam.

With lines like “serve your conscience overseas,” music critics and fans alike have long speculated the song has a bigger-picture meaning, including that the “orange” Stipe is singing about is Agent Orange, not the soda. Agent Orange is a chemical the United States used in Vietnam as part of its herbicidal warfare to destroy crops and trees.

The band’s music video of a young man with dog tags gives a heavy-handed hint into the song’s personal meaning. 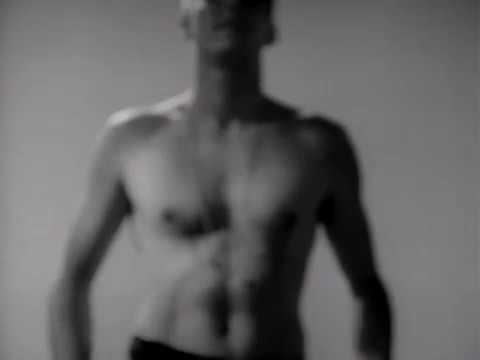 The Monkees: “Last Train to Clarksville”

Perhaps the most upbeat anti-war song of all time, songwriters Tommy Boyce and Bobby Hart had to disguise the song’s real meaning because it would have been too controversial for the made-for-TV Monkees.

The song tells the story of a soldier trying to meet up with his lover before being shipped off to war. Lines like “and I don’t know if I’m ever coming home” contrast sharply with the bubblegum pop backing track. As legendary bass player Carol Kaye, who plays on the track, told Songfacts.com, “The mood of the song is not critical if the tempo is high.”

The song’s jangle and catchiness propelled it to No. 1, with its true meaning lost on many of the Monkees’ younger fans.

The Monkees - Last Train To Clarksville 1966 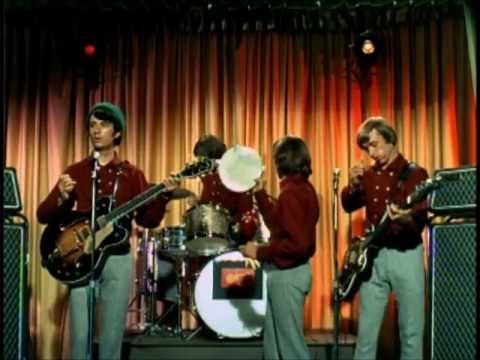 The English punk band titled its 1980 song, which features lyrics critical of foreign involvement, after an iconic line in the war film “Apocalypse Now.”

In the film, Lt. Col. Bill Kilgore (played by Robert Duvall) is prepping his men to storm a beachside village when a soldier raises his concern about the dangers of it being “Charlie’s beach.” Kilgore then, emphatically, lets the soldier know why the beach needs to be taken. with the line: “Charlie don’t surf!” 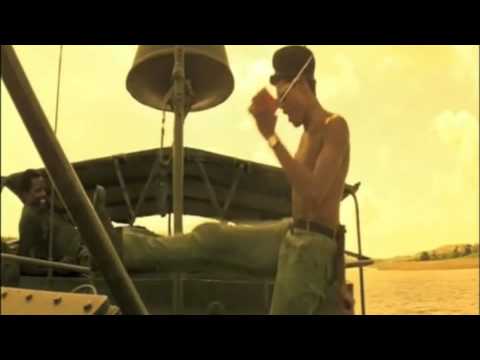 The Animals: “We Gotta Get Out of This Place”

Some of the most popular songs of the ’60s and ‘70s were about Vietnam: Edwin Starr’s “War”, Marvin Gaye’s “What’s Going On?” and John Lennon’s “Give Peace a Chance.” These, however, were not always hit songs with the troops fighting the war in Vietnam.

The Animals’ “We Gotta Get out of This Place” was originally written by the prolific husband and wife hit-making team of Barry Mann and Cynthia Weil as an introspective look at one’s life and the need for change, but it soon turned into a literal rally call of survival for those in Vietnam.

Doug Bradley is a Vietnam vet and author of a book about the soundtrack of the Vietnam War, appropriately called “We Gotta Get Out of This Place.”

“We had absolute unanimity in this song being the touchstone. This was the Vietnam anthem. Every bad band that ever played in an armed forces club had to play this song,” Bradley says.

Eric Burdon - The Animals - We Gotta Get Out Of This Place 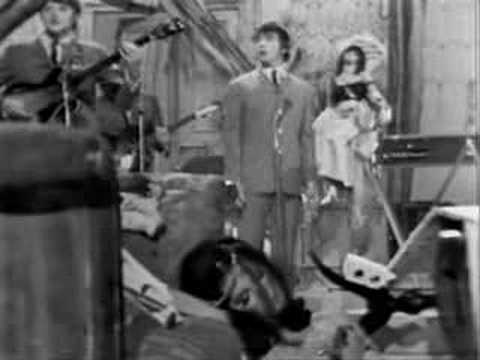 Watch Episode 3 of the CNN Original Series “The Seventies” on Thursday, June 25, at 9 p.m. ET/PT for an in-depth look at the end of the Vietnam War.