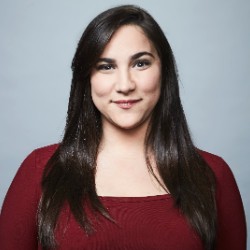 NEW: Officials: Authorities don't think this is terrorism; they are trying to figure out a motive

NEW: The driver is under arrest; Graz City Council says he used his vehicle as a weapon

City spokesman: 34 are injured, including 10 in serious and 1 in critical condition

Three people have died and dozens more are injured after a man drove into a crowd – on purpose, the local government says – Saturday in the Austrian city of Graz.

The 26-year-old male driver intentionally used his vehicle as a weapon, the Graz City Council said in a statement.

Roman Sommershsacher, a spokesman for the Austrian city’s government, said the man drove through Graz’s inner city – including into a place where cars are not normally allowed – trying to hit people.

One of the three fatalities is a child. At least 34 more people suffered injuries, Sommershsacher said, including ten seriously and one in critical condition.

The driver – described as an Austrian citizen with Serbian roots – has been arrested, officials said at a Saturday afternoon press conference.

The officials added that they don’t know the man’s motive but do not believe it has anything to do with terrorism.

Photos from the scene showed a mangled bike and what appeared to be a body draped by a white sheet.