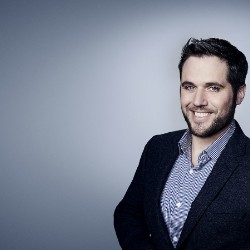 Passengers stayed overnight in the base's barracks, some with no heat

A London-bound United Airlines flight from Chicago made an unexpected stop Friday night, providing some passengers with the layover from hell.

According to data from the website FlightAware.com, United 958 pulled a U-turn about three hours into the 7.5 hour flight moments after it began to cross the Atlantic Ocean beyond eastern edges of Newfoundland and Labrador, Canada.

“The captain came on and basically just said there were some lights on in the cockpit and that there was some vibrations that passengers in the back of the plane were feeling,” passenger Lois Harper told CNN.

According to Harper, the captain announced that they’d be landing as a precaution. “And that was pretty much the only information they shared with us,” she said.

About thirty minutes later, the 767-300 touched down at a Canadian military base in Goose Bay, Newfoundland, where Harper and her fellow passengers waited. And waited.

“Once we were on the plane for quite some time, they finally did communicate to us that we would be staying overnight,” she said.

But it wouldn’t be in a room at the Hotel North, Hotel North II, Labrador Inn or Royal Inn – Happy Valley’s four hotels. Nor would it be at one of the town’s three quaint bed and breakfasts.

Instead, Harper said the flight’s 176 passengers were told that United “would be putting us up in some barracks on the base and that breakfast would be provided to us in the morning.”

“In the (barracks) that I was sent to, there weren’t any towels available,” Harper said on CNN Newsroom. “While there was a bed, there were no blankets…and there was no heating in the particular barracks building I was assigned to. So it was quite cold for quite a few hours while we waited for breakfast to be served.”

Quite cold indeed. In fact, the coldest day of the month, according to CNN meteorologist Taylor Ward. The overnight low dipped into the 30s – and passengers had no access to perhaps warmer clothes in their checked bags.

“The temperature was 39 degrees, so it was cold,” George Hudiczius told CNN affiliate WLS. “I didn’t carry coats and pants so I was in my shorts, and I have light jacket.”

But what the barracks may have lacked in basic necessities such as heat and blankets, it made up for with Internet connectivity.

Harper said old school buses rounded up the passengers the next morning and took them to the base’s mess hall. “That’s when it hit us that there was no one from United Airlines there to represent their company and to inform us of really what we were going to expect next,” she said. “That was the biggest disappointment of all.”

Perhaps no one from United was present because they were all in their hotel rooms, as this tweet from the airline’s verified account would suggest: “The crew must rest in order to continue the flight. You can rest on board the aircraft knowing that they are in charge.”

@SurrogateNerd The crew must rest in order to continue the flight. You can rest on board the aircraft knowing that they are in charge. ^CA

Repeated attempts to speak with a United spokesperson were unsuccessful. Instead, the airline sent CNN a brief statement saying that the flight was diverted to Goose Bay because of “a maintenance issue,” and that passengers “were accommodated overnight and provided meals.” The statement also apologized for the disruption and said it would provide refunds.

The stranded passengers were flown from Goose Bay to Newark, where they boarded a London-bound flight on Saturday night.

Speaking to CNN from her home in Stamford, England on Sunday, Harper said that “as of today, I’ve not been reimbursed for my flight.”

CNN’s Fredricka Whitfield and Janet DiGiacomo contributed to this report.