Jack King was a frequently heard voice for space missions

King was a NASA commentator throughout the 1960s

Jack King, who as a launch commentator for NASA was the voice of the Apollo 11 moon landing mission, died Thursday, the space agency said in a news release. He was 84.

“Jack King counted down the launch of Apollo 11 and all of us watching on television will never forget his calm, reassuring demeanor,” said Kennedy Space Center Director Bob Cabana, a former space shuttle astronaut. “Jack was a true professional and helped us understand in common English the complexities of space flight. He was great at communicating what we do at NASA and he will be missed.”

King, who was from the Boston area, came to NASA in 1960 after a stint as a space program reporter for The Associated Press. He was the agency’s manager of press operations for 12 years coinciding with the boom of the space race, when the United States was determined to put a man on the moon by the end of the 1960s.

Jack King in November 1969, calling the launch of Apollo 12.
NASA

In an interview with “Spaceflight Now” in 2009, King recalled those years, which ranged from secret test flights to the Apollo missions, seen by hundreds of millions all over the planet.

“In Mercury, Gemini and Apollo, we had outstanding leadership and outstanding management,” he said. John F. Kennedy’s announcement that the United States would land a man on the moon before the end of the decade was a “big boost,” he added.

“Everything started to fall into place,” he said.

King’s voice was widely recognized as the “voice of launch control” for every mission from Gemini 4 to Apollo 15.

But though Apollo 11 is the most celebrated of space missions, King’s favorite Apollo mission was Apollo 4 in November 1967: the first launch of the mammoth Saturn V rocket, he told “Spaceflight Now.”

“We had anticipated this giant rocket, but we didn’t know what to expect along any means,” he said.

The Launch of Apollo 4 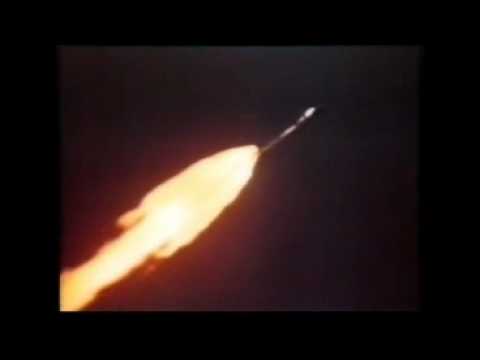 Ten months earlier, the program had lost three astronauts in the Apollo 1 fire – “the low point” of the space program, in King’s words – but the launch of the Saturn V gave NASA new enthusiasm.

“Everything clicked off beautifully. I counted it down fine … and I saw this magnificent thing still sitting on the launch pad, bathing in fire. And finally it lifted off, and the sound hit us,” he said. “When it hit us that particular time, the windows in the launch control center just started to rattle, and on top of that, it was a newly constructed building, and all this dust came down from the ceiling. I thought the whole damn place was going to come down on us.”

King was honored for his service in 2010.
NASA

King left NASA in 1975. He later worked for Occidental Petroleum’s Armand Hammer and a public relations firm specializing in space and science. In 1997, he took a job with the United Space Alliance, a NASA space shuttle contractor.

After his retirement in 2010, he worked as a NASA public affairs volunteer, the agency said.