Some comedians are leery of playing colleges

Jerry Seinfeld had said colleges are "so PC"

Did you hear the one about the comedian and the college?

The two usually go well together. Indeed, colleges are popular venues for comedians, with agencies devoted to booking performers on campus. Comedy Central even has a college tour.

But, sometimes, it’s as if students and comedians are speaking different languages.

Take comedian Chuck Nice. He told a bit about getting on his knees at the playground and giving his young daughter a dollar for swinging on a pole in a manner that reminded him of a stripper.

It was satire, he says, meant to show that the last thing he wanted was his daughter to become a stripper. The next day, he received a letter telling him he was not welcome back to the institution, he said.

“That’s what comedians are talking about when they say college campuses have become places where sensitivity has run amok,” he said. “There are tons of stories like that.”

Apparently, some of those stories are getting back to Jerry Seinfeld, who told ESPN Radio’s Colin Cowherd that he’s been cautioned against playing colleges. Cowherd asked Seinfeld whether he was worried that the overall media “climate” was too sensitive for comedians, citing comments from Chris Rock and Larry the Cable Guy, who said they don’t want to play college campuses.

“I hear that all the time,” Seinfeld said. “A lot of people tell me ‘don’t go near colleges.’ They’re so PC.”

He cited his 14-year-old daughter’s use of the word “sexist” as evidence of how people – presumably, those between his daughter’s age and college age – misuse the words “racist,” “prejudice” and “sexist” because they don’t know “what they’re talking about.”

The Internet reacted, as it’s known to do, with many an opinion piece. Comedians debated his perspective on social media, but no clear consensus was reached. (Seinfeld later expanded on his points on “Late Night with Seth Meyers.”) 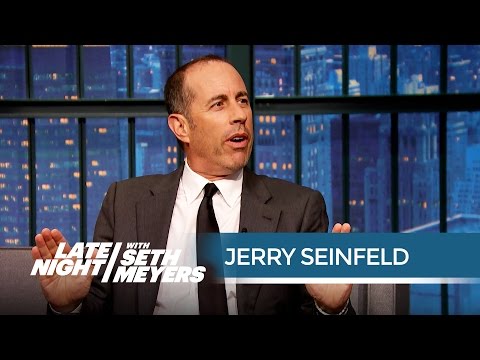 Still, some comedians say there’s no denying the perception of college campuses as dicey territory for comedy. Comedy is meant to be provocative, but they observe that offending jokes are being amplified and acted on faster and more frequently in the digital age than in previous eras – especially on college campuses.

‘We’ve lost our taste for satire’

Part of it has to do with people posting offending snippets of acts online with an incendiary caption, sometimes taken out of context.

Other times, what’s funny to some is simply offensive to others as cultural norms change. “The redefining of ‘funny’ for each generation is a constant of our humor,” wrote Ben Schwartz in The Baffler.

Words and ideas fall out of favor as they change in power and meaning. People today think twice today before saying “that’s so gay” or calling someone “retarded.” That probably wasn’t the case even a decade ago.

“The landscape of cultural norms is always changing, and comedy changes along with it,” he said.

Nixon no fan of Archie Bunker

By way of example he offered up Norman Lear’s “All in the Family,” the popular 1970s sitcom about a working-class family and its bigoted patriarch, Archie Bunker.

The show would never get made today, he said, and “part of that’s a bad thing, because it shows we’ve lost our taste for (its) satire.”

On the other hand, “it’s a good thing, because it shows we’re aware of the need to be sensitive to those outside the cultural majority,” he said.

“Everything in life is a tradeoff. Everything has a price. The price of advancing to racial equality and understanding is, we’re going to be a more sensitive nation.”

A famous Second City bit features a person running across the stage as an officer shoots him in the back and then yells, “Freeze.” In the aftermath of Ferguson and Baltimore, that probably wouldn’t go over with audiences.

Another sketch spoofing privilege shows three women working late in the office, complaining about how they can’t meet their husbands for an expensive dinner or show. A cleaning lady joins them to commiserate, lamenting the horrors of her home country, where she was raped and brutalized.

The troupe performed the second skit on a college campus recently, only to find out through Twitter that a member of the audience didn’t appreciate the “rape joke,” Leonard said.

The troupe wondered whether the material had aged poorly or if the person felt that a comedy show on a college campus was an inappropriate venue for that kind of satire, he said.

Another time, a woman ran out of a club screaming during a sketch about the Columbine High School shootings one year after the incident. The woman turned out to be a survivor of the massacre.

What has changed is that people have the ability to speak their minds loudly and instantly through the megaphone of the Internet, Leonard said – and “that’s a whole new ballgame now.”

“There’s no right or wrong answer to these discussions about whether an act works. It’s a nuanced comedy conversation that requires on everyone’s behalf an attempt to look at the context,” he said. “That requires nuanced thinking and patience, and that’s in short order in the current arena of public discussion.”

There’s still plenty of room for comedians to push boundaries, he said. But the old adage still holds: “You can tell a d**k joke, but it better be the most clever d**k joke in the world.”

Seinfeld and Rock have reached a point where they can bemoan the state of affairs and avoid college campuses with little impact to their careers, Leonard said. Today’s generation of comics “has different points of stress” for things that matter or don’t matter, and being culturally sensitive isn’t necessarily one of them.

Comedians in their 20s grew up with the Internet and its instant feedback loop, and they’ve probably been stung by it, Leonard said. If they’re good, they know how to use social media to their advantage to build their comic voice and fan base.

Second City partners with Chicago’s Columbia College to offer a bachelor of arts degree in comedy. One of the biggest difficulties working with college-age comedians is that “they are very sensitive to the idea of offending someone,” said Anne Libera, director of Second City’s comedy studies.

It’s an odd dichotomy, she said. Judging from the crowds at comedy shows and the popularity of online comedy platforms, the appetite for comedy among college students appears to be bigger than ever.

Would she play a college campus? Probably not, she said. Not worth the risk.

But Nice is willing to take his chances.

“It doesn’t make a difference what the venue is or who the people are,” he said. “I’m gonna go ahead and do it. Look at it as a challenge.”