100 days without fear: One woman overcomes … everything 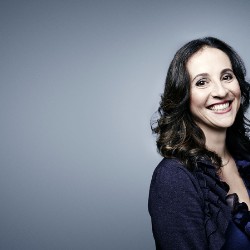 Michelle Poler set out to confront her fears for 100 days

Each week, CNN profiles someone who has faced a dramatic turning point in their well-being. Do you have a story of overcoming your fears? Go to CNN iReport to share it, and you could be featured here.

From the time she was a little girl, Michelle Poler was afraid of the world. She avoided big, playful dogs, scared they might bite her. Terrified of pain, she dreaded dentist’s and doctor’s appointments. She missed dinner parties and networking events that required her to drive at night, nervous about getting in an accident. A fear of vomiting kept her from trying foods with unusual textures or flavors.

In short, Poler, the granddaughter of Holocaust survivors, always had the feeling that something bad could happen at any time.

She got along by avoiding risk and controlling her surroundings as best she could. But when she moved to New York City to pursue a master’s degree at the School of Visual Arts, the Venezuela native found all the things that made her feel frightened, nervous and out of control were getting in the way of enjoying her new city.

For a class assignment to do a 100-day creative project, the 26-year-old art director decided to do the things that scared her the most in order to live her life to the fullest.

As of this writing, she is about halfway through the project. She’s documented it all in video, most of which she shoots and edits herself, on her blog, 100dayswithoutfear.com.

Confronting her fears one at a time has changed her life, she says. “I realized that fear only lives in my head. And if I can get it out and see it from outside, after I do the things, I feel pretty stupid. I’m like, I really was scared of that? It’s not that bad.”

Some challenges, like going skydiving and riding a roller coaster, have been planned (and dreaded) long in advance, while other ventures come to her in the moment – like the night she rode a mechanical bull at a bar. The more new things she tries, the more she wants to do. “A few weeks ago, I would have said ‘No, that’s too dangerous, I might fall down and break something.’ This time I was like, ‘Yeah, let’s do the bull, it looks amazing.’”

Other tests Poler’s given herself: using a portable toilet, changing a dirty diaper and dancing like no one’s watching in Times Square. That last one, she says, was one of the best days of her life. “I think that for the first time in my life, I felt what it feels like to live life to the fullest. That moment was like, wow, I’m actually living my life now.”

Since her story went viral, she’s even read aloud the negative comments from readers who think her personal fears are not legitimate (that was her challenge on Day 48), all with a smile on her face.

“This is the life that I live, and in this life I live, I have to face the little things that limit my life,” she says. “I don’t think people can judge which are fears and which are not.”

Poler has heard from many more people who can relate to her anxieties. After she held a snake, one person wrote on Facebook, “OH HELL NO! Loved your list but this one I have to say would have killed me. I can’t even look at the picture of you doing this, let alone the video!”

Another woman wrote that she was planning to come to New York and would go to the Empire State Building to face her fear of heights. Poler emphasizes that she’s still scared of plenty of things, like snakes, but the fact that she faced them changed how she looks at the world. “I didn’t die, it wasn’t the end of the world, I just tried something, and didn’t like it, and nothing bad happened.”

“She is now willing and eager to try new things, and has been able to transform fear into curiosity (at least to a certain degree),” he wrote in an email. “I, more than anybody, know what a big deal this is for her and how life-changing it is.”

Stramwasser says it’s been special to see that what’s making Poler happiest right now is not overcoming her own fears, but inspiring others to do the same.

Poler said she’s heard from so many people around the world who are moved by her “living without fear” mantra that she’s thinking about keeping this going for a while.

“Maybe it’s not a 100-day thing, or maybe it is, and after 100 days it’s my job to inspire as many people as I can to come on board and join me in this fearless experience,” she said.

To follow Michelle’s fearless journey and support her future challenges, visit 100dayswithoutfear.com. Do you have a story of overcoming your fears? Go to CNN iReport to share it, and you could be featured here.