Why Dave Grohl had a better weekend than you

At another show, Grohl said he is "obsessed" with Taylor Swift

Fresh off his performance with his band the Foo Fighters on David Letterman’s final show, Dave Grohl kept the good times rolling this weekend.

Grohl rocked out on guitar in London, joining Paul McCartney onstage for a performance of the Beatles’ “I Saw Her Standing There.” Fans caught footage of the jam session at the first of McCartney’s two concerts at London’s O2 Arena on Saturday. 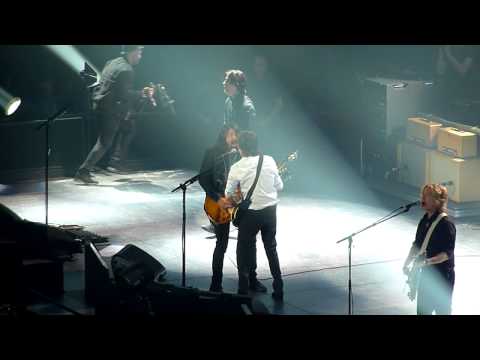 Both were featured acts at the Radio 1 Big Weekend in Norwich, and the Foo Fighters frontman dedicated the single “Congregation,” from their latest album, to Taylor Swift, as the song was written in her hometown of Nashville.

“I’m officially obsessed,” Grohl said. “She might want to get a restraining order.”

"I'm officially obsessed, she might want to get a restraining order" - Dave Grohl is a @taylorswift13 fan too guys!https://t.co/aaP4iwPfJ5