Anne Meara, one half of ‘Stiller & Meara’ and mother of Ben Stiller, dies

Anne Meara and her husband, Jerry Stiller, were married for 61 years

They were a mainstay on TV comedies and game shows

Comedy great Anne Meara, the quick-witted half of the comedy team “Stiller & Meara,” died at 85 on Saturday, her family said.

Meara and her husband, Jerry Stiller, were married for 61 years and worked together almost as long, the family said in a statement. In addition to her husband, she is survived by her children, comic actor Ben Stiller, daughter Amy Stiller and grandchildren.

“Anne’s memory lives on in the hearts of daughter Amy, son Ben, her grandchildren, her extended family and friends, and the millions she entertained as an actress, writer and comedienne,” the family statement said.

Meara was born in 1929 in Brooklyn, New York, to parents of Irish-Catholic descent. She studied under acting teacher Uta Hagen and aspired to become a “serious” actor in the tradition of Maureen Stapleton and Kim Stanley.

Then she met Stiller, a Jewish boy from Brooklyn, and turned to comedy even though she “disdained” comedians, she said in a 2005 interview.

“I was glad he got us to be a comedy team, because then we weren’t just waiting for the agent to call,” she said. “We traveled with our own stuff.”

The couple made their name as Stiller & Meara in the 1960s with frequent performances on variety shows, including the “The Ed Sullivan Show.” Desperate to come up with a bit at the last minute, they plumbed the depths of their background to create “uber-Jewish guy” Hershey Horowitz and “uber-Irish girl” Mary Elizabeth Doyle – caricatures of themselves, they said in 2005.

The couple met at a New York casting call in 1953. Meara left crying, saying the agent chased her around the office, a scene described in Stiller’s autobiography, “Married to Laughter: A Love Story Featuring Anne Meara.”

“She looked sort of puritanical and smelled nice,” Stiller said of the “angel-faced” aspiring actress. When he invited her out for coffee, he was caught off-guard when she asked him to steal silverware in exchange for paying her share.

“I told myself, ‘What am I getting myself into, hanging out with New York actresses? They’re all crazy,’ ” he wrote.

They married in 1954, and she converted to Judaism, according to The Hollywood Reporter. After years of struggling to stardom, they eventually teamed up for a comedy act playing exaggerated versions of themselves in New York’s Greenwich Village coffeehouses: self-deprecating, kvetching New Yorkers.

They polished their act at Chicago’s Compass Theater, a 1950s cabaret revue show whose members went on to form the Second City Theater in 1959. Before long, they were performing as Stiller & Meara on popular TV shows of the 1960s including “The Merv Griffin Show,” “The Ed Sullivan Show” and “The Tonight Show Starring Johnny Carson.”

Their success led to a contract for Blue Nun wine radio commercials, a long-running campaign credited with boosting sales of the semi-sweet German wine. 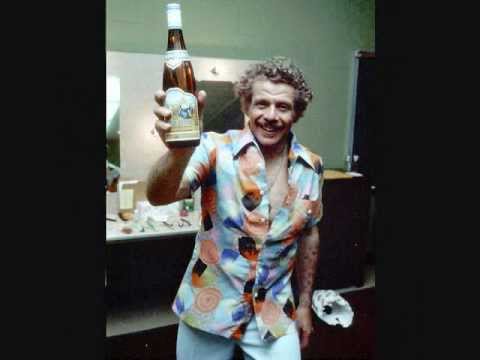 By the 1970s, they were ready to pursue independent careers or risk ending their marriage.

“I didn’t know where the act ended and our marriage began,” Meara told People magazine in 1977.

“I love Anne, but if I had depended on her in my professional life … I would have lost her as a wife,” Stiller told the magazine.

Stiller pursued a career in comedy that led to memorable roles as George Costanza’s father on “Seinfield” and “The King of Queens.”

Meara became a regular on the game show circuit and landed the role of Sally Gallagher on the TV series “Rhoda.” She went on to play hundreds of TV roles in the 1980s and 1990s in practically every hit show of the moment, from “The Love Boat” to “ALF” to “Sex and the City” and “King of Queens.”

News of her death prompted tributes from fans and celebrities spanning generations.

“My heart and prayers go out to Jerry and Ben for the loss of their beloved Anne Meara,” actress Patty Duke said.

I adored #annemeara saw #stiller@meara open for diahann Carroll at the Sands Hotel in Vegas funny cutting edge ahead… http://t.co/S7HOmG9RoA