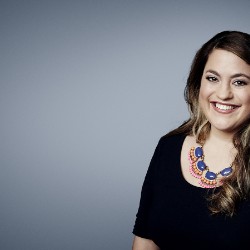 So, it’s official. After years of signing “-BO” at the end of @BarackObama to signal the tweets he crafted himself from an account operated by the Organizing for Action staff, the President now has his very own handle @POTUS, tweeting for the first time:

And some asking the question on a lot of people’s minds, what happens to the handle when a new President takes office?

Welcome to @Twitter, @POTUS! One question: Does that username stay with the office? #askingforafriend

Good question, @billclinton. The handle comes with the house. Know anyone interested in @FLOTUS?

According to a White House official, @POTUS handle will transfer to the next President when Obama leaves office on 2017. President Bill Clinton even had some fun with the news, tweeting: Welcome to @Twitter, @POTUS! One question: Does that username stay with the office? #askingforafriend

For his banner photo, the President chose a powerful image from the 50th anniversary of the Selma to Montgomery marches, where he, first lady and Congressman John Lewis (D-Georgia) led a commemorative march, hand in hand, over the Selma Bridge.

Per a statement from the White House, the @POTUS handle “will serve as a new way for President Obama to engage directly with the American people, with tweets coming exclusively from him.”

Naturally, folks on social are having a little fun with this new presidential social presence:

The bear is loose on the Twittersphere! Welcome to the interwebs, Mr. President. https://t.co/SrlAbK3rfK

I'm going to enjoy the brief 10 minute period where I have more Twitter followers than @POTUS. pic.twitter.com/w28RPLGY09

And Connecticut Sen. Chris Murphy tweeting a gif of the President with a selfie stick:

In the meantime, we’ll just wait for your first GIFs and selfies, Mr. President.