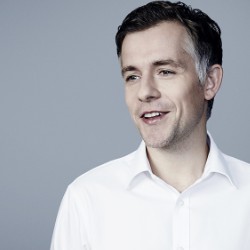 Cameron: "I truly believe we are on the brink of something special in our country"

Pundits had predicted the UK election would be a close one and suggested there would be days of post-vote, backroom talk to thrash out a power-sharing deal.

Instead, it’s turned into a thumpin’.

With all the results in, British Prime Minister David Cameron and his Conservative Party have claimed an outright majority in Parliament, with 331 seats out of 650, and can form a new government.

What this means for the UK is that the Conservatives get to govern alone after five years in a coalition, though with a slender majority.

Millions in Britain cast their vote, with turnout at about 66%, but the rest of the world should also pay attention.

The outcome of this election could reshape the country’s global role for years, most importantly in terms of Britain’s relationship with the European Union.

And a strong showing by the Scottish National Party, or SNP, could fuel a fresh push for Scottish independence.

Domestically, the Conservatives have said they’ll push forward with reforms to tackle the huge UK deficit and rein in spending on the welfare state as well as hold a national referendum on continued EU membership by 2017.

Financial markets, primed for days of uncertainty, responded positively to the prospect of a clear outcome.

In a speech outside his Downing Street home, Cameron said he would now form a majority Conservative government that would lead a united nation into a “better future.”

“I truly believe we are on the brink of something special in our country,” he said. “We can make Britain a place where a good life is in reach for everyone who is willing to work and do the right thing.”

He also vowed that the process of devolving greater powers to Scotland, Wales and Northern Ireland would continue as part of a strong union with a long history.

PM: I will implement as fast as I can the devolution that all parties agreed for Wales, Scotland & Northern Ireland.

“Together, we can make Great Britain greater still,” Cameron said.

His words came after he met with Queen Elizabeth II at Buckingham Palace – a formal step toward forming a government.

While the Conservative Party was the clear winner, there were plenty of losers.

Chief among them, Labour – the country’s chief opposition party.

Miliband, who retained his own seat, said he had to take “absolute and total responsibility for the result” and that he was resigning as party leader straight away.

“Britain needs a Labour Party that can rebuild after this defeat so that we can have a government that stands up for working people again,” he said. “And now it’s time for someone else to take forward the leadership of this party.”

He said Labour had been “an incredible force for progress” in recent years – and would be again.

The night’s results were a massive blow to Labour. It didn’t gain seats in the places it badly needed to. And it was blown out of the water in Scotland by the pro-independence SNP, which took 56 out of 59 seats in Scotland – traditionally a Labour stronghold.

Miliband cited a “surge of nationalism in Scotland” as having badly affected the Labour Party.

Perhaps the biggest scalp claimed by the Conservatives at Labour’s expense was that of Ed Balls, the shadow chancellor and a senior Labour Party figure, who lost his seat by just 422 votes.

Party leader Clegg, who became deputy prime minister in 2010, held his seat but said he was taking responsibility for the party’s “catastrophic losses” by resigning as party leader.

He had always expected the election to be “exceptionally difficult” for the Liberal Democrats, he said.

“But clearly the results have been immeasurably more crushing and unkind than I could ever have feared.”

The party lost several key figures – chief among them Danny Alexander, chief secretary to the treasury; Vince Cable, the business secretary; and Simon Hughes, former deputy leader of the party and a former London mayoral candidate.

Menzies Campbell, a former leader of the Liberal Democrats, said: “For us we must go back and once again build up from the bottom, from the bottom up which is the only way to do it.”

The UK Independence Party, seen as a threat to the Conservatives, also had a bad night, despite increasing its overall share of the vote.

The party held only one of its two seats and charismatic leader Nigel Farage failed in his own election bid. He announced he was resigning, as he’d previously promised if he didn’t take the seat.

Speaking after the result was announced, Farage said it was time for “real, genuine, radical political change” to the British electoral system to ensure that smaller parties are represented in Parliament.

Cameron and his party clearly come out on top. Among those holding their seats was Chancellor George Osborne – Britain’s finance minister, who promised to “get straight back to work” on “turning Britain round.” London Mayor Boris Johnson also claimed a place in Parliament for the Conservatives.

In his Downing Street speech, Cameron said the new government would build on its work over the past five years to strengthen the economic recovery. It would help working people by cutting taxes, building new homes and creating jobs, he said.

He also had a kind word for the losers, paying tribute to the hard work of Clegg as his deputy prime minister in the coalition and to Miliband’s commitment to public service.

Meanwhile, White House spokesman Josh Earnest said President Barack Obama “is proud of the strong working relationship that he’s developed with David Cameron over the years and he’s looking forward to continuing to strengthen that personal relationship, but also making sure we continue to deepen the relationship between the American people and the British people.”

5 things we never knew about Cameron

Another big winner is the SNP.

In one of the biggest shock upsets of the night, 20-year-old politics student Mhairi Black became Britain’s youngest lawmaker since 1667 – ousting one of Labour’s top figures in the process. Her victory for the SNP toppled Douglas Alexander, Labour’s election chief and a former Cabinet minister.

PHOTO: jeff j mitchell/getty
Mhairi Black took what should have been one of Labour's safest constituencies.

The SNP’s Alex Salmond, the party’s former leader who pushed for the unsuccessful independence referendum l