"I might have tiptoed around the truth, but I didn't lie" she says about her lips

Turns out those famously plump Kylie Jenner lips aren’t so natural after all.

The 17-year-old reality star admits on an upcoming episode of “Keeping up with the Kardashians” that she uses temporary lip fillers to enhance her lips – so coveted by some teens they inspired a viral challenge that saw kids sucking on shot glasses to make their lips bigger.

“I have temporary lip fillers, it’s just an insecurity of mine, and it’s what I wanted to do,” Jenner says in a clip of the upcoming episode posted to the show’s website and YouTube page.

“I want to admit to the lips, but people are so quick to judge me on everything, so I might have tiptoed around the truth, but I didn’t lie,” she says.

KUWTK | Kylie Jenner Admits to Doing What to Her Lips?! | E! 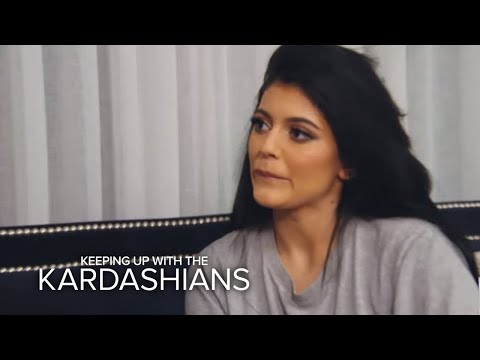 Jenner has at the very least deflected discussion of her lips, asking last year on Twitter, “how long are we gonna talk about this lip thing.”

A year ago, she said rumors of plastic surgery were “insulting.”

With the news Thursday that Jenner had, in fact, gotten injections, the sense of shock was palpable on the Internet on Thursday.

Like butt augmentation and other cosmetic procedures increasingly popularized by the Kardashian clan, lip augmentation involves injecting a material into the lips to increase fullness.

The most common material is hyaluronic acid, according to Emory Healthcare’s Aesthetic Center in Atlanta.

Results last for up to four months, with risks including the possibility of bruising, swelling or a “viral breakout,” the center says on its website.

Sounds better than the results some people were getting with the #kyliejennerlipchallenge. That trend saw teens who wanted to look like Jenner putting their lips in a shot glass, bottle or jar and sucking out all the air to engorge them.

The results were often more horrifying than satisfying, and health experts encouraged people not to try it.

Jenner spoke out against the trend on Twitter, saying, “I’m not here to try & encourage people/young girls to look like me or to think this is the way they should look.”