Who is Salman Khan? Only one of the world’s biggest stars

Khan has been convicted in a fatal hit and run

The easiest way to describe Salman Khan to American audiences: Think Tom Cruise, George Clooney and Charlie Sheen all rolled into one.

Like Cruise, Khan burst onto the movie scene in the 1980s with matinee idol good looks and went on to become a hunky major action star.

He has long been a bachelor, much like Clooney was before he married human rights attorney Amal Alamuddin in 2014, and has had a string of high profile, highly publicized relationships.

And like Sheen, he’s had a reputation as a bad boy – albeit a now reformed one – accused of everything from temper tantrums to domestic violence.

But in sheer numbers, those three actors don’t compare to the popularity of Khan who is considered one of Bollywood’s most bankable actors and one of the world’s biggest stars. While Hollywood struggles to get its numbers up at the box office these days, Bollywood enjoys success and popularity across Asia, Africa, Europe, the U.S. and Canada from millions of fans who flock to theaters and purchase DVDs of their favorite stars.

This week Khan was found guilty of a hit-and-run accident in 2002 in which the actor was accused of running over several men sleeping on a Mumbai pavement, and killing one of them. Khan, who authorities said was traveling after a night of drinking, was sentenced to five years in prison and has appealed the ruling.

The verdict drew sympathy and support for the star from fans and several fellow actors.

I am sure the man with a Golden Heart will come out stronger. Good deeds never go waste. #salmanverdict https://t.co/j3auUpUSdO

It hurts when your own are punished, even if they are in the wrong. We love you and are standing by you

To say Salman Khan is beloved is an understatement – “revered” might be a better word.

He was born into Bollywood as the son of actor and screenwriter Salim Khan. The younger Khan first appeared on film in 1988 in “Biwi Ho To Aisi.” But it was his appearance in the 1989 film “Maine Pyar Kiya ” which won him the Filmfare Award for best male debut.

Since then, he has appeared in more than 80 Hindi-language films and gone from a slender newcomer to a buff action film star. Four of his films rank among the top 10 grossing movies in the history of Indian cinema.

His mere presence can send fans into a frenzy. Such superstardom is something he’s said has taken some getting used to.

“I’m just trying to balance this whole thing and not let it go to my head,” he said in a 2014 interview. “I hope I can prolong this phase for the longest time. But once it’s not there, I hope I’m as balanced as I am right now.” 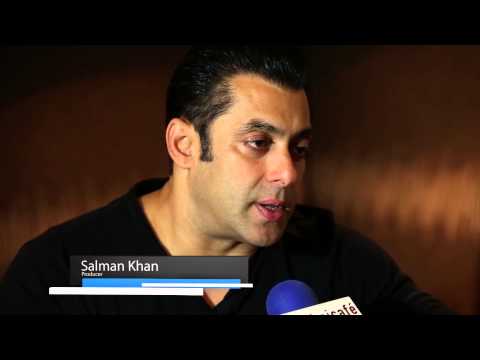 Dubbed “Bollywood’s Bad Boy,” his antics include well-publicized run-ins with fellow performers, including Shah Rukh Khan (who later told India Today that the disagreement was blown out of proportion and reportedly met with his now reconciled friend the day after the verdict to lend support, according to India Express).

Salman Khan’s love life has also been tumultuous and fodder for the media.

His love affair with actress and former Miss World Aishwarya Rai is well-known in Bollywood and ended in 2002 with her parents filing a complaint against Khan for allegedly harassing their daughter – a charge he denied.

In a 2002 interview with The Times of India, Rai accused her former boyfriend of getting physical.

“There were times when Salman got physical with me, luckily without leaving any marks,” Rai said. “And I would go to work as if nothing had happened.” Khan was never charged with any incidents of violence against Rai.

Another piece of Bollywood lore has Khan allegedly dumping a drink on his then-young actress girlfriend Somy Ali’s head while the pair were out with friends. In 2012, Ali, who went on to run a nonprofit in Florida that aids victims of domestic violence, told The New York Times that the story was exaggerated and that she and Khan became friends after their romantic relationship ended.

“It went from one thing to another, that he broke the bottle on my head, that he dumped it on my head – but he just poured it on the table and said, ‘You shouldn’t be drinking,’ ” said Ali who dated Khan for eight years. “He’s just overprotective, that’s how Salman is in relationships.”

Khan is well-respected in the industry for mentoring young talent and helping the poor of his homeland. His foundation, Being Human, supports educational and health care projects through the selling of branded merchandise.

“My life’s ambition is to take Being Human to such a level that a 100 years or 200 years down the line, it should be the biggest brand in the world,” Khan told The Times of India in a 2014 interview. “The actor would be forgotten, but it would be difficult for anybody to surpass this mammoth of a charitable trust. My life’s ambition is for people to know that the money goes towards charity and not towards administrative costs.”

This case is not the first time Khan has had brushes with the law.

In 2006 he received a five-year sentence for hunting a protected gazelle in 1998, but served less than a week, according to the BBC.

His career has also had highs and lows.

After hits like 2004’s “Mujhse Shaadi Karogi” and “No Entry” in 2005, he faltered a bit with films like “Jaan-E Mann” and “Baabul,” both in 2006. The 2009 crime thriller “Wanted” served as his comeback, broke box office records and helped send him into the celebrity stratosphere and on to projects like the enormously popular “Dabangg” film series.

Many are curious to see if Khan will be made to serve his sentence for the hit-and-run – it took 13 years to get a verdict. His conviction has raised the sometimes contentious issue of whether the rich and famous in India are held accountable by the courts.

If 5 yrs were excessive, a bail within 3 hrs is excessive too – a celebrity life’s double edged knife! http://t.co/rot1qnw1dl #SalmanVerdict

Ravi Agrawal contributed to this report.