Russian ballerina Maya Plisetskaya, who was considered one of the greatest ballerinas of the 20th century, died on Saturday at age 89.

Plisetskaya’s death was widely reported in Russian media, which said she died of a heart attack in Munich, Germany, where she lived with her husband, Russian composer Rodion Shchedrin.

Renowned for her technical and artistic skill, Plisetskaya was the international face of Russia’s Bolshoi Theater for more than five decades and one of the biggest stars in Soviet ballet to emerge from behind the Iron Curtain. She joined the ballet company in 1943 at age 18 and retired as a soloist in 1990 at 65, according to RT.com.

As tributes poured in from around the world, Mikhail Baryshnikov mourned the loss of “one of the greatest dancers of our time” and called her a “divine inspiration.”

Maya Plisetskaya, seen here in 1996, was widely regarded as one of the greatest ballerinas of her time.
Efrem Lukatsky/AP

Russia’s top politicians also paid tribute to her memory, with Prime Minister Dmitry Medvedev called her passing “an end of an era.”

“She will remain a Russian ballet star for all time. She always faithfully, selflessly served art, and generously gave her inspired work to the people,” Putin said in a statement.

In her 2001 biography, “I, Maya Plisetskaya,” she recounted her rise to prima ballerina after an early life filled with loss in the Soviet Union. She was born in Moscow on November 20, 1925, to a prominent Russian-Jewish family. Her parents were arrested, and her father was shot to death during Stalin’s purges in the late 1930s.

She also described in her autobiography the indignities of being a Soviet artist in the Cold War era: tense cocktail party encounters with Khrushchev, tours on meager allowances, KGB plots to capitalize on her friendship with Robert Kennedy, rigid restrictions on choreography guidelines.

For years she was refused permission to tour with the company because of her family history, according to the Jewish Women’s Archive. When she finally graced the international stage in 1959, in the Bolshoi’s first tour of the United States, she made an impression with her fluid movements and expressive acting. Through memorable performances in The Dying Swan, Swan Lake and other ballets, she became synonymous with Soviet ballet as it was experiencing a revival on the international stage. 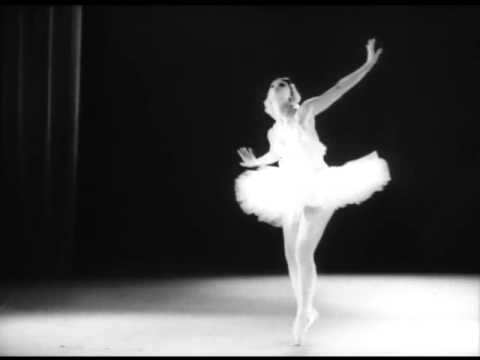 She continued touring abroad with the Bolshoi and became an international star, appearing in ballets choreographed for her. She married her husband, Rodion Shchedrin in 1958 and the two became frequent collaborators.

She is survived by her husband and brother, Azari Plisetsky, a retired dancer.