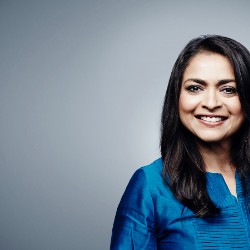 On Day Six of Nepal’s tragedy, life triumphed as rescuers pulled an 15-year-old from the rubble of a multistory residential building in one of Kathmandu’s hard-hit neighborhoods.

A large crowd erupted in cheers as Pemba Tamang was carried out on a stretcher. He was wearing a New York shirt and a blue neck brace, was blanketed by dust and had the look of a deer in the headlights.

His rescuer, Inspector Lakshman Basnet of the Nepalese Armed Police Force, said Tamang was responsive and showed no apparent signs of serious injury.

He was given an IV drip and rushed from the Gongapur area to a temporary emergency hospital run by an Israeli aid team.

The Nepalese rescuers had been working for five hours to locate Tamang after they heard his voice coming from under the debris.

Also Thursday, a U.S. special operations forces team rescued 30 people, including three Americans, by helicopter from an area of Nepal called Bamboo Village, according to the U.S. ambassador to Nepal.

The group was trapped in the village and living in a makeshift shelter, Ambassador Peter Bodde said. The families had contacted the U.S. government to let officials know where their relatives were stuck, he said.

They had no other way to get out of the area, Bodde said.

’It’s dangerous, but it’s what we do’

An American disaster response team was also involved in the rescue of the 15 year old boy. The team was at a nearby damaged bus station when it got word that someone might be alive.

Andrew Olvera, the head of the U.S. team, said his men rushed over with search dogs and equipment ranging from breaching tools to sophisticated cameras that can probe under the rubble.

He said the operation carried enormous risk, as chunks of the collapsed building hung precariously on rebar. Entire floors of what used to be people’s homes were visible – ceiling fans and beds still draped with cotton sheets. It was a mountain of loss and sorrow.

“It’s dangerous, but it’s what we do,” said Olvera, who has a daughter and twin 11-year-old boys. “It’s risk versus gain. To save a human life, we will risk almost everything.

“The way the building is, it’s definitely a miracle,” he said.

Tamang cried for water in a muffled voice. He had been buried for five days under a building that pancaked. He dodged death because of a motorcycle that shielded him from the pressure of the concrete and steel, according to Basnet.

PHOTO: PHILIPPE LOPEZ/AFP/Getty Images
Nepalese police officers clear debris from Durbar Square in Kathmandu on Sunday, May 3. A magnitude-7.8 earthquake centered less than 50 miles from Kathmandu rocked Nepal with devastating force Saturday, April 25. The earthquake and its aftershocks have turned one of the world's most scenic regions into a panorama of devastation, killing and injuring thousands.
Related Gallery Powerful earthquake hits Nepal

And, Basnet said, he “survived by good faith.”

Dennis Bautista, who went down to where Tamang was buried to administer medical aid, called the rescue amazing.

“It feels good to be able to help out. I can’t imagine what he went through,” Bautista said. “He is a brave young man.”

Basnet said once he got closer to Tamang, he tried to reassure him that he would be OK.

“I gave him water and talked to him regularly,” Basnet said.

After Tamang was rushed to the hospital, the US Agency for International Development team continued the search. The possibility remained that someone else might have survived, like Tamang.

Other search and rescue teams continued to scour through Kathmandu’s rubble Thursday. They are looking for survivors from the magnitude-7.8 earthquake that struck Saturday, killing at least 6,204 people and wounding almost 14,000, according to Nepali authorities. Another 72 people were reported dead in India and 25 in China.

In Nepal, 19 of the deaths occurred on Mount Everest, where the quake triggered deadly avalanches. Despite the disaster, Nepali authorities plans to reopen routes up the mountain as soon as next week.

Teams are clearing paths and and rebuilding ladders, Tourism Ministry spokesman Krishna Sapkota told CNN on Thursday. Officials are encouraging people who have already received permission to climb this season to go ahead with their plans.

As the chances dimmed for finding people alive in the wreckage left by the quake across Nepal, Tamang’s rescue boosted hopes for all those who still have loved ones and friends missing.

Other people have been saved from under collapsed buildings in previous days, including a 27-year-old man on Tuesday and a 4-month-old boy on Sunday. The Nepali military also released a photo of a dust-caked 11-year-old girl who they said was rescued Wednesday after 90 hours under the rubble.

The rescuers, meanwhile, have no intention of giving up looking for more.

The 2010 earthquake in Haiti, Olvera said, revised the benchmark for what was thought possible for survival. A man there was miraculously pulled from the rubble after 27 long days.