Book, movies about girl sent to live on Canadian farm

Canadian actor Jonathan Crombie, who co-starred in the “Anne of Green Gables” TV movies, died this week at age 48.

“It’s a real tragedy to see someone at age 48 go like that,” he said. “I will remember him as someone who worked extremely hard to make the roles he played onscreen come to life.”

Based on Canadian author Lucy Maud Montgomery’s children’s books, “Anne of Green Gables” debuted in Canada on CBC TV in 1984 and became a cultural touchstone. The plot focused on the adventures of fiery orphan Anne Shirley, played by Megan Follows, who is sent to live on a farm in Prince Edward Island.

Crombie played Gilbert Blythe, who evolves over time from Anne’s pigtail-tugging tormentor to friend to husband. Follows and Crombie reprised the roles in the sequels “Anne of Avonlea” (1987) and “Anne of Green Gables: The Continuing Story” (2000). 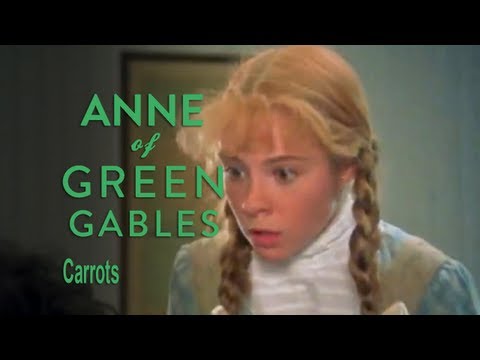 The movies were carried in the United States by the Disney Channel and PBS, drawing a cult following beyond Canada and extending to Japan, which made its own animated series based on the books.

Crombie, son of former Toronto Mayor David Crombie, was cast in the role at 17, beating out other aspiring Canadian actors of the era, including Jason Priestly, Sullivan said. Despite his lack of acting experience, Crombie’s boy-next-door looks and cool demeanor made him the perfect actor to star opposite Follows, Sullivan said.

“It was an amazing chemistry between him and Megan Follows,” Sullivan said. “There was a lot of affection, but they kind of grounded each other.”

The role made Crombie a heartthrob of his time, a sentiment expressed by many fans in the wake of his death.

As one person said on Twitter, “I don’t know any female Canadian from my generation that *didn’t* have at least a little bit of a crush on Jonathan Crombie as Gilbert.”

Absolutely gutted to hear of the passing of Jonathan Crombie. His Gilbert Blythe was my ideal, and first, love. pic.twitter.com/QlmIetRinY

Crombie went on to play roles in other American and Canadian TV shows, including “21 Jump Street” and “The Good Wife,” but even his Facebook page acknowledges he is best known for his portrayal of Gilbert Blythe.

Crombie’s sister told CBC News that her brother happily answered to the name Gil when greeted by fans in public.

“I think he was really proud of being Gilbert Blythe,” she said. “He really enjoyed that series and was happy, very proud of it – we all were.”