The little-known star of this week’s No. 1 car chase movie, “Furious 7” isn’t a car. It’s an airplane.

Film producers hired a Lockheed C-130 Hercules to fly five cars 12,000 feet high, open a cargo door at the rear of the plane and parachute them out in a spectacular free-fall stunt.

Happy 60th birthday to the Hercules – the oldest continuously produced family of military planes in history.

Lockheed has been making these airplanes longer than the legendary B-52 bomber and the famous U2 spy jet. Unlike those planes, the C-130 has never become a household name.

The fact that “Furious 7” producers chose a plane that was designed in the 1950s tells you a little something about the success of the Hercules.

The film makes it appear as if another plane – a C-17 Globemaster III – drops the cars. But in real life, it took a Hercules to pull it off.

Shooting the scene posed unique logistical challenges, said stunt coordinator Jack Gill in a featurette video about the mission. “You start throwing all those cars out together – you’ve got to figure out spacing. And these things drop very fast,” Gill said.

Jeremiah Beaudin of International Air Response co-piloted the stunt. “We have to be very precise in our headings and our altitudes,” he says in the video. 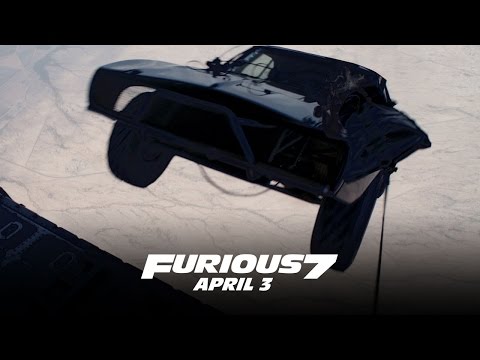 The Hercules is big. It’s tough. It’s versatile. It refuels helicopters in flight. It can fly a small military force and its heavy equipment around the world – and land on short, unfinished airstrips.

At Lockheed’s Marietta, Georgia, factory in 1955, the governor of Georgia christened the first production C-130A by smashing a bottle of Chattahoochee River water across its nose. The plane then proceeded to take off from nearby Dobbins Air Force Base.

“I’m told that the 2,500th version of this aircraft is now on the (assembly) line inside this building,” Deal said. “It transports, it becomes a war airplane as necessary and it is recognized as the true workhorse.”

Inside the plane’s cockpit, Lockheed test pilot Steve Knoblock said he’s done a lot of air-drop testing while flying C-130s. “We’ve dropped some crazy things out,” Knoblock said. “Air dropping a car out of an airplane is easy. Whatever we can fit inside the (cargo) hold, we can drop.”

Several factors come into play for a pilot making a drop, Knoblock said, including payload weight, wind speed and timing.

“We have to give time for the car to clear the airplane, let the parachutes deploy, and then actually open,” he said. One tricky decision involves how high the plane drops its cargo.

“There’s a trade off – between dropping it low and being more accurate … and dropping it high where you have a little more safety in how it will land.”

“The pilot gets to decide how hard the touchdown’s going to be,” he said. “Sometimes to get his performance, he needs to really let it crunch on the ground. But the airplane can handle it.”

Meanwhile, in the back of the plane, Lockheed loadmaster Lucky Madsen showed off the plane’s new reversible deck, which makes it easier to switch the floor from a flat surface … to a floor with rollers embedded in it. The rollers make it easier to move cargo around and launch it out the back of the airplane.

The legacy surrounding the Hercules has been built by 60 years of successful missions, including:

In 1989, a flight crew aboard a Hercules named Teal 57 was credited with saving the crew of a National Oceanic and Atmospheric Administration hurricane hunter airplane. While flying through Hurricane Hugo, the NOAA plane lost an engine and suffered damage to a second engine. Teal 57 happened to be nearby and located a safe place for the NOAA plane to escape the eye of the deadly Category 5 storm. Everyone returned safely to base.

In 2012, Israeli Brig. Gen. Joshua Shani revealed how he flew a Hercules on a successful hostage rescue mission to Entebbe, Uganda. Four C-130s helped rescue passengers from a hijacked Air France flight in 1976. “At some places that were particularly dangerous, we flew at an altitude of 35 feet,” to evade radar. “Trust me, this is scary!” he told idfblog.com.

Dropping the ‘mother of all bombs’

During the military build up to 2003’s U.S.-led invasion of Iraq, a Hercules test dropped the biggest conventional weapon in the Pentagon’s arsenal – a so-called MOAB – known in military circles as “the mother of all bombs.” A C-130 ejected the 21,000-pound bomb out its rear cargo door high above Florida’s Eglin Air Force Base. The bomb fell to earth and detonated in a spectacular fire ball. 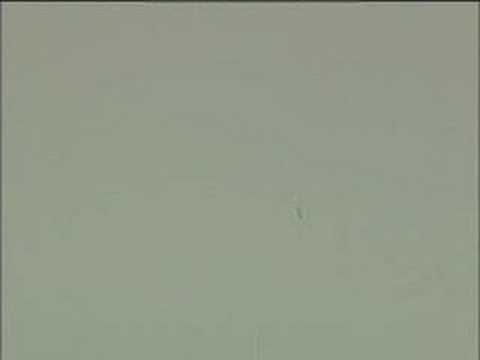 In the past, the Air Force attached small solid-fuel rocket engines to some C-130s. The added power allowed steep takeoffs on super short runways. 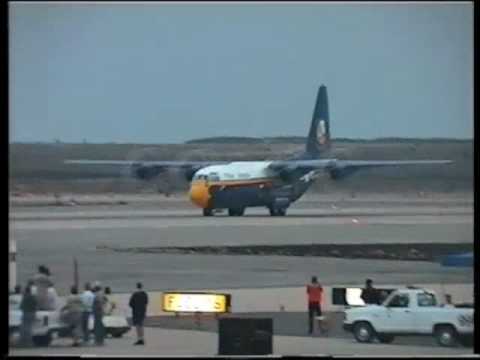 The Hercules wasn’t designed to land on aircraft carriers. They’re too short. Nonetheless, a Hercules did it – during a test in 1963. That’s how amazing this plane is. 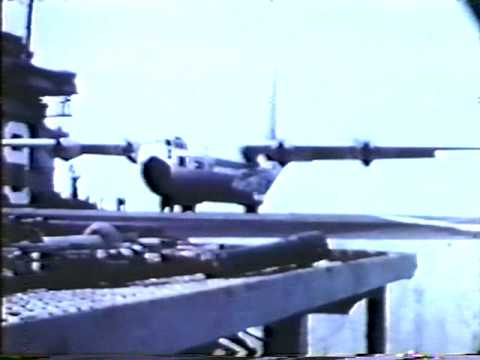 But nothing lasts forever, and the C-130 is no different.

In 2011, the Air Force tested this 23% scale model of a proposed short takeoff and landing aircraft called Speed Agile at a facility in Ohio.
U.S. Air Force

The Air Force has been developing a so-called “super short takeoff and landing aircraft” that might replace the Hercules after 2020. The Air Force Research Laboratory calls it Speed Agile.

The proposed four-engine aircraft would be able to transport super heavy loads across oceans and to arrive and depart on short, improvised airfields.

Pentagon planners apparently are hoping to create a Hercules-inspired success story that will extend into the latter half of the 21st century.